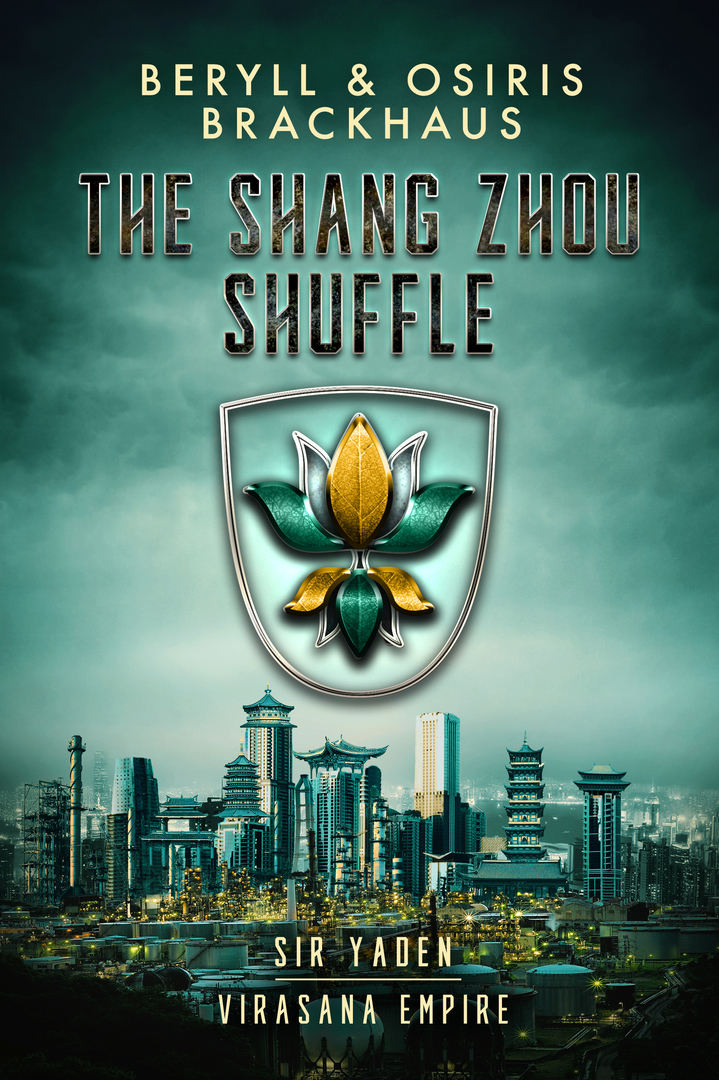 Warning: If you haven't read previous books in this series, this review of the latest will contain some spoilers.

It's time for Yaden and Ivan to go on another mission. This time, they need to go undercover to the planet of Shang Zhou where the local prince has himself changed his name and appearance to take a job as a bartender near a military base. The Lotus Knight and his Squire are assigned to protect the prince, and if possible help him investigate a terrorist organization. It all seems simple enough, but of course their missions never turn out as straightforward as they appear.

In some ways, this latest book in the series harks back to the very first, The Demon of Hagermarsh. As in that story, things start off at a measured pace as we get to know the culture that the team find themselves embedded in, then all hell breaks loose when danger rears, and the volume becomes a can't-put-it-down page turner.

With this book, we finally begin to see how the seemingly varied threads of many of the previous volumes could be coming together. It appears that what looked like many different threats to Yaden, and the empire as a whole, may in fact be connected. It's not spelled out clearly. This is just a guess, so we'll all have to wait for the next book, at least, to see if things are going the way they I think they are.

Once again the authors have created a very believable planet extrapolated from an existing Earth culture. The world building feels almost effortless as Shang Zhou is introduced quite naturally into the far-future universe of the Virasana Empire. I can see where, if you haven't read any of the other books about the Virasana Empire, and particularly the first book of this Sir Yaden series, then this imaginary human future might seem a bit ill-defined, but all the books together form a rich and very detailed tapestry.

“The Shang Zhou Shuffle” is available from Smashwords or Amazon.