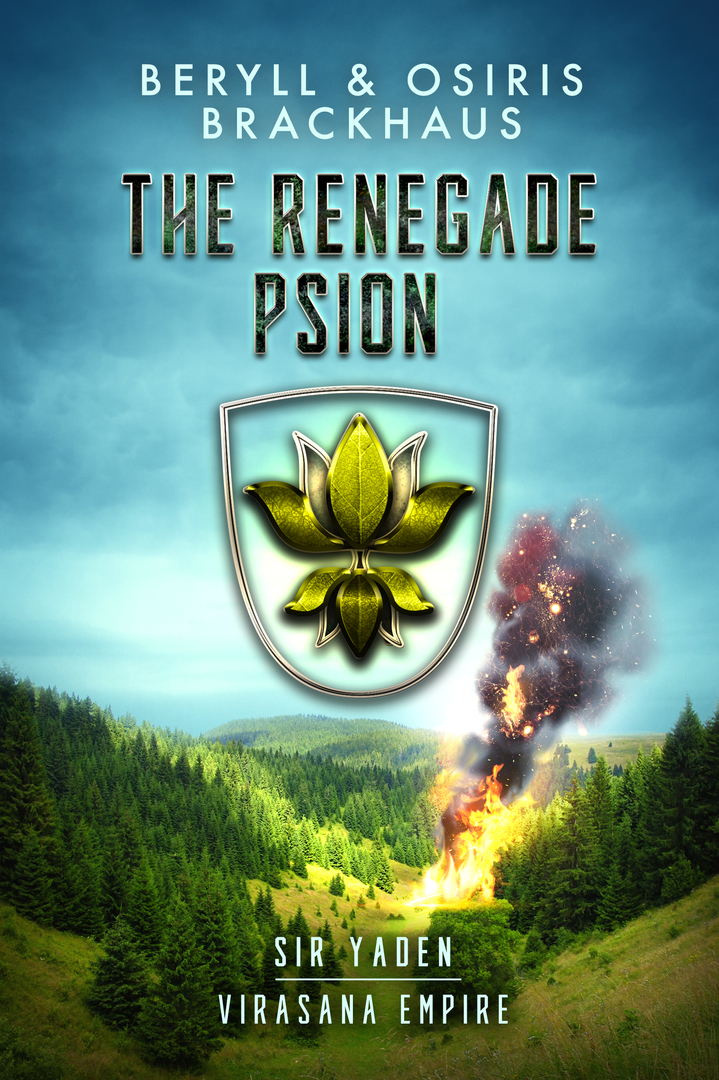 Warning: If you haven’t read previous book in this series, this review of the third will contain some spoilers.

With the addition of his squire Ivan, Yaden’s small apartment in the Lotus Knight’s compound is getting rather crowded. Unfortunately, he will have to leave it to his fiance Colin to sort out new living arrangements, since Yaden and Ivan have to go on an urgent mission to deal with a psion causing havoc on another planet. However, once they get there the situation is far different than they expected, and Yaden finds himself bringing home yet another “stray” person to add to their growing family.

Unlike the first two books of the series, “Renegade Psion” sets a fast pace from the very beginning. It makes this book even more of a page-turner than the previous installments of the series, which tended to start off rather slowly. Another big change in this story is that there are no intermediary chapters giving us any background on the characters. Instead, the plot shifts back and forth between the hunt for the renegade psion and Colin’s search for a new home.

The main new character introduced this time around is Myriam, a young girl whose pyrokinetic powers are rudely awakened in the opening chapters. While the girl’s role is pivotal to the story, it’s more about the effect she has on the people around her and the questions she raises. Her portrayal is realistic and sympathetic enough, but we only get a few glimpses of her true character near the end of the story. Given how the series is developing, we’ll probably learn more about Myriam in future books.

What is really driven home in this installment of the series is one of the main themes of the over-arching plot: The idea of found, or made, families. Although he does it unconsciously, Yaden gathers around him a sort of family. It really starts with Darius, technically a slave, but in reality a father figure. Colin becomes his soon-to-be husband while Ivan is very much a brother - in-arms and otherwise. This theme is mentioned in some of the forwards as well as author notes, but it also comes through well within the story itself.

“Renegade Psion” is available from Amazon.