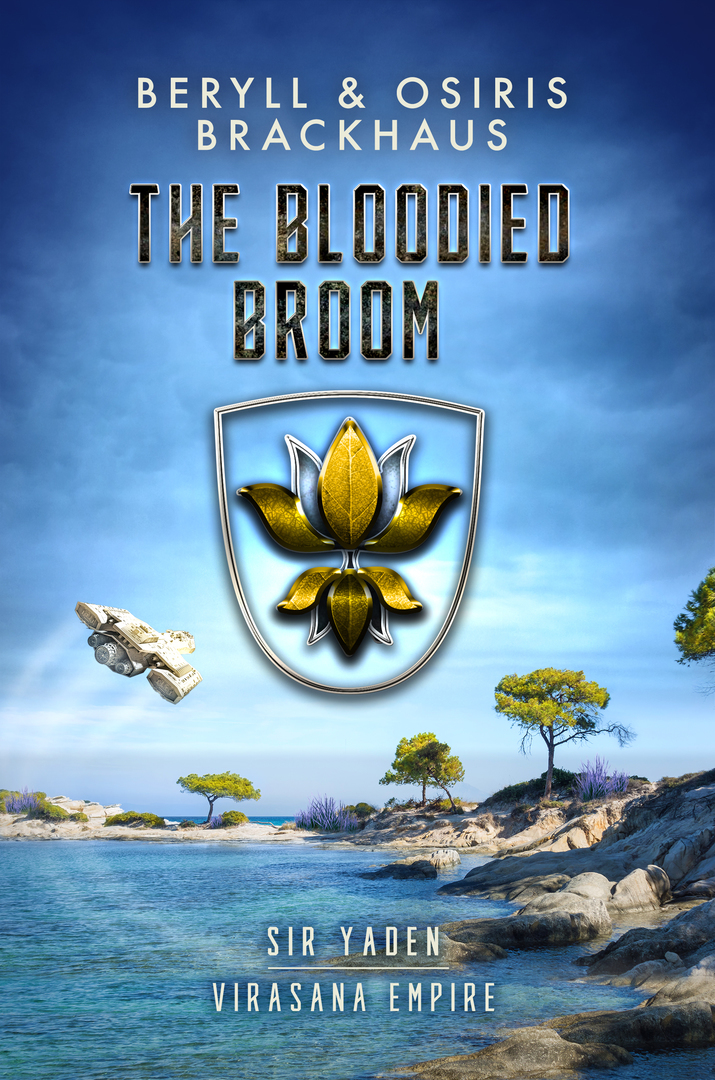 Warning: If you haven't read previous books in this series, this review of the fourth will contain some spoilers.

Colin and Yaden are settling into life with their found family; father figure Darius, younger brother Ivan and newly adopted Myriam, who is turning into a precocious teenager. Ivan and Yaden still go on potentially dangerous missions as Lotus Knights, leaving Colin behind to worry about whether or not they'll come back this time. But he and Yaden have an even scarier challenge to face: their upcoming, very public, wedding. In addition, Yaden is busy with another little project: The long dreamed-of rescue and rehabilitation of his grandfather's old starship, once the pride of the fleet.

This fourth outing in the Sir Yaden series feels a bit more like an interlude. It's not that there isn't plenty going on, but rather that there are no significant new characters added, and there's not really any big adventure that drives this story, although a new threat to not only Yaden's family but the whole empire is subtly added into the overall story arc. As noted above, you'll need to have read the first three books in this series before tackling this one. The story also brings together a number of elements from the other Virasana Empire books, although if you haven't yet read them you won't be missing too many essential details, just useful background information.

In a way, this book returns the focus of the series back on Yaden and Colin, although now they have the family they've made around them. Colin remains the steadfast, even mild-mannered, man that Yaden fell in love with in The Demon of Hagermarsh, although in this story we learn that Colin may have unrealized powers of his own. While Ivan works with Yaden as his partner, outside of their work relationship, it feels more like he's a much younger person, often playing big brother to Myriam. Given his background, it's not surprising that he finds it attractive to escape into playing the part of the young man he never had a chance to be.

Myriam is the one that we get to see much more of in this story. In the previous book she's mostly just a frightened little child that the story revolves around. Now she's a surprisingly outgoing teenager who just may prove to be smarter than most of the adults around her. This whole family comes across as distinctively real people who interact much as you would expect a family to.

As the blurb for this book implies, a new threat emerges over the course of this story. Since the previous book also introduced a different kind of threat, it will be interesting to see how these various threads play out in future books.

“The Bloodied Broom” is available from Amazon.