Review - Living on the Edge by L.M. Somerton 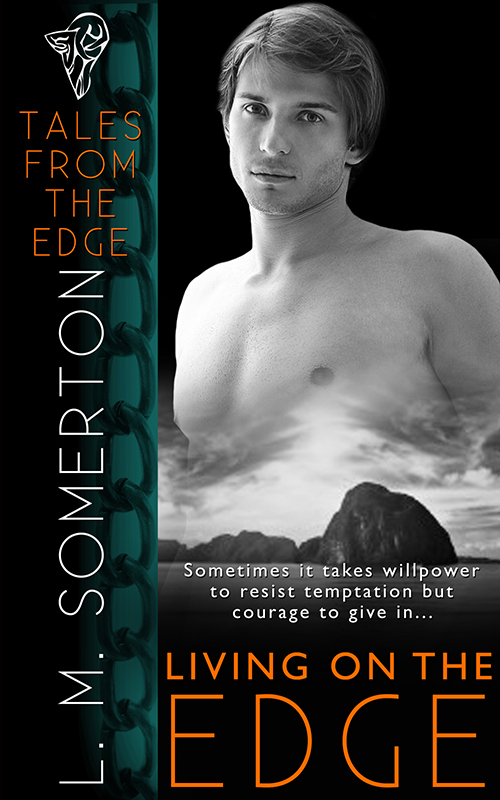 Living on the Edge

Volume 2 of Tales from The Edge

Aiden is an intelligent bratty young university student with skills. He gets caught hacking into corporate computer systems, but instead of sending him to jail, the judge assigns him to work at The Edge, a management retreat for corporate executives, among other things. Heath, one of the owners of The Edge, is in charge of overseeing Aiden's ‘rehabilitation.’ It's obvious from the start that Aiden's attitude will be a big challenge for Heath. It's also clear that Heath will have a hard time fighting his instant attraction to the younger man, who is under his care and so should be off limits.

The “bratty submissive” is a popular character in kinky stories. In Aiden's case, part of it is his personality, but another part is his resistance to the idea that he is submissive. Olly, who we met in the first installment of the series, Reaching the Edge, ultimately helps Aiden see submission in a different light. This means you'll probably want to have read the first book before this one. Aiden's struggle with his nature makes him a very endearing character, even if you think Heath might be going too soft on him.

Heath is exactly the kind of big bad dominant we expect in these stories. He is strict and demanding yet fiercely protective of ‘his’ sub, even if the young man in question doesn't know it yet. We do get a glimpse of Heath's fears and doubts as the drama unfolds, so he's not quite the machine some Doms end up appearing.

Not to spoil the big dramatic turn of events (much), but if the setup of Aiden being at The Edge seems a bit suspect, you won't be too surprised when the truth comes out. Even then, there are quite a few twists and turns before the story ends.

“Living on the Edge” is available from Amazon.