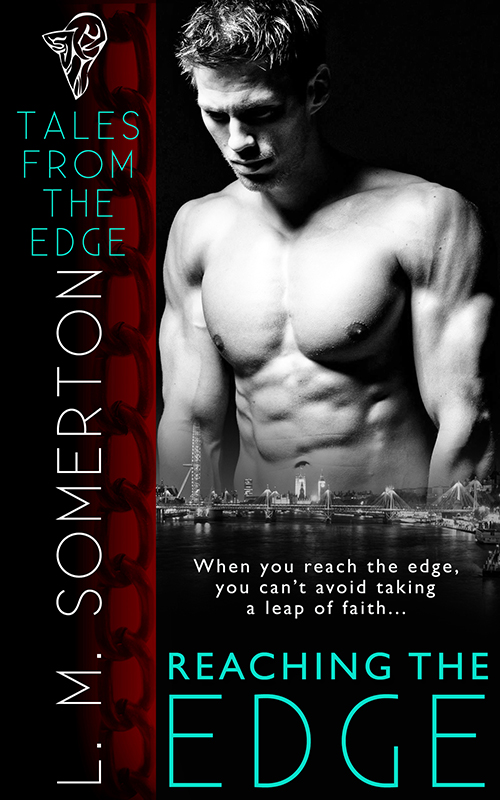 Volume 1 of Tales from The Edge

“Reaching the Edge” follows a relatively predictable pattern for these stories: The perfect Dom meets the perfect sub who pushes all his buttons, only there's a problem, usually with the submissive's past. As always, the devil is in the details, and this story is told quite well. Both Joe and Olly come across as real-enough characters, with enough personality showing to make the come alive.

Joe is pretty much your typical dominant for these stories: Well-to-do, apparently lots of time on his hands even though he runs two businesses, as well as a penchant for tying up young men and giving them pleasure. However, given what we find out about him over the course of the story, Joe is still a credible character, if just a tad bit too good to be true, but that's what we expect from these stories.

Olly is a very interesting young man. He's cut from the standard mold for fictional submissives: small, slightly built, “pretty” for a man, and eager to please. But it's also clear that he's much more than the stereotype. Olly may seem soft and weak but in fact he's made of steel. He'd have to be to survive the things he has and keep going. Not only does he keep trying to be more than his past, he still has a sense of humor as well as a bit of a bratty streak. He's clearly very lovable, even if he was unlucky in his choice of first master.

Despite its predictable plot, this was a fun read, with enough little surprises and drama to make it interesting.

“Reaching the Edge” is available from Amazon.