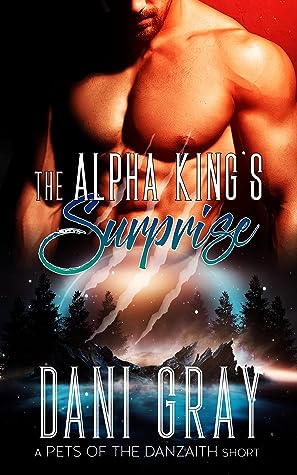 Volume 2.5 of Pets of the Danzaith

Tom wants to surprise his husband Kalon on their one-year anniversary, which also happens to be the Danzaith version of Valentines Day. It's not just a romantic gesture. The young man feels the two have grown apart due to royal commitments and taking care of their two children, which Tom gave birth to. It's not easy to clear the schedule of a busy king, especially when there's someone who keeps breaking into the palace's computer systems and taking data.

This is a very short slice of life featuring the characters from the first book of the series, Pampered Pet of the Alpha King, so you'll have to have read that book. This story is a little too long for a short story and not quite long enough for even a novelette. It's a bit disappointing because it could really be a much longer work with more depth. The sub-plot of a cyber spy touted in the blurb, which also occupies much of the first few pages, is quickly dismissed and almost forgotten.

Tom's plans for some alone time with his husband quickly takes over as the central theme. It's a pretty sweet story with no drama to speak of. While a little more complete, there's still room for more. It's not that this is a bad story. It's just that it could be a lot more.

“The Alpha King's Surprise” is available from Amazon.