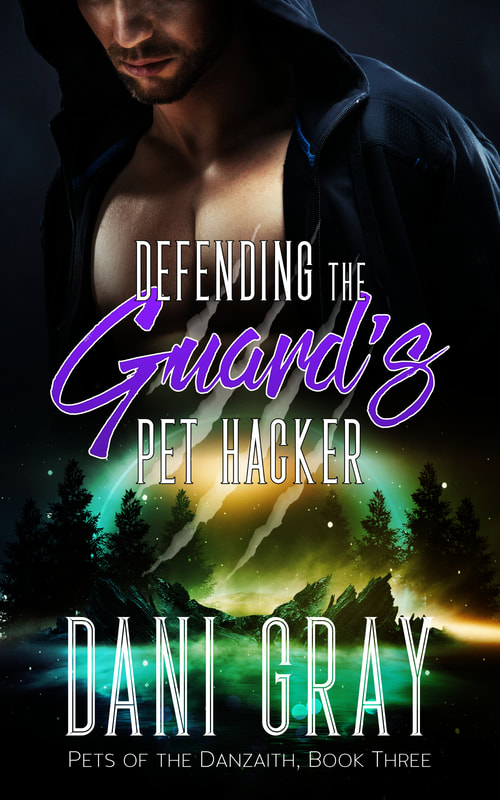 Volume 3 of Pets of the Danzaith

Young hacker Xed is kidnapped along with his family and is forced to break into government systems to steal information. The people holding him are brutal and have demonstrated they will stop at nothing, including murder, to make Xed do what they want. The young man is bright, and while he steals information, it's not the sensitive data the kidnappers really want. All the while, he's looking for ways to get a message through to someone who can rescue him and his family. Stonal is second in command of the palace guard. The entire palace has been in an uproar over the hacking attempts. When the king's mate suggests what's actually going on, they uncover the messages Xed has been hiding. Stonal leads the rescue of Xed and his family. As soon as he lays eyes on Xed, he knows the young man is his fated mate.

“Defending the Guard's Pet Hacker” overlaps the recently reviewed short story The Alpha King's Surprise. You'll probably want to have read that book before this one. However, the main characters of this story, Xed and Stonal, don't appear in the previous installment, although they are mentioned.

Xed is a very believable character. He demonstrates a lot of personal strength in helping his family get through their kidnapping ordeal. Xed's difficulty getting close to Stonal due to post-traumatic stress is entirely understandable and realistic.

Stonal is the big, protective alpha male type you expect from these sorts of romances. However, we do get a pretty good idea of his background and how he became one of the king's guards. It makes him a somewhat more believable character than you might expect.

There are a lot of intriguing ideas in this book, but sadly the writing left it feeling a little flat. There was a lot of what's often referred to as ‘telling’ rather than ‘showing’ and some repetitive passages. At the very least, the story would have benefited from some tighter editing.

“Defending the Guard's Pet Hacker” is available from Amazon.