Review - Pampered Pet of the Alpha King by Dani Gray 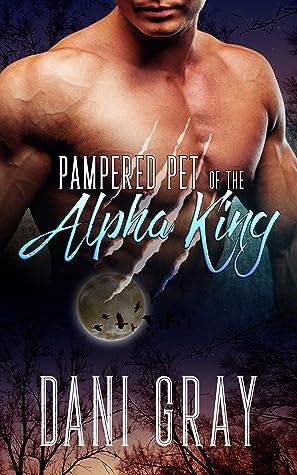 Pampered Pet of the Alpha King

Volume 1 of Pets of the Danzaith

Earth has been invaded by a species from another planet, who take some of the humans as “pets” that are often badly abused. To escape becoming a pet himself, and protect his mother, Tom takes her to a cabin in the woods where the live almost entirely off the grid. Over time, Tom discovers and helps some pets that manage to escape their masters, becoming part of a sort of underground railroad for people running from enslavement. One day near his cabin Tom hears the sounds of fighting, and on carefully investigating he finds a wounded alien. Against his better judgement he brings the man back to the cabin to heal. It's the start of a very surprising transformation of Tom's life.

The setup of this book reminded me a lot of the Soul Match series, but it quickly becomes something very different. Despite the title, Tom never becomes a pet. The story doesn't spend a lot of time world-building or in character development. There are just a few short chapters spent giving us an introduction to Tom's life, which I'd describe more as ‘telling’ rather than ‘showing’. Once Tom meets the alien Kalon, things move at a ridiculous pace. Once I realized we weren't going to get a story with rich characters or a well developed plot, it was easy enough to just read on and enjoy the fast-paced short ride.

While the character development may be a bit sketchy, we do get a basic picture of Tom as an independent young man with a strong sense of right and wrong, if not the confidence to fight. Aside from being blond, we don't get much more of a picture of him. We find out even less about his ‘mate’ Kalon, aside from the fact his species are apparently shifters.

This is one of those books that's all too common these days, which seems more about ticking off boxes of tropes rather than building a powerful story. The writing isn't awful but if the story were any longer I probably wouldn't have finished it. The book was also chock full of typos, which considering the author's bio at the end, is a bit funny.

“Pampered Pet of the Alpha King” is available from Amazon.