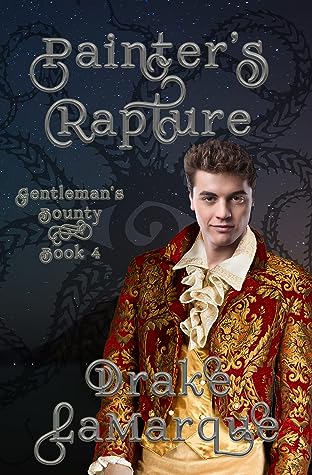 Note: This series is very much designed to be read in order. If you haven't read the first three books, then this review may contain spoilers.

The Gentleman's Bounty series comes to a conclusion as Cedric, along with his three lovers and the rest of the crew of the Devil's Whore, meet up with the crew of the Grey Kelpie from the His Piratical Harem series to defeat the cult seeking to use Cedric to open a gateway that would allow an ancient god to entire our world, and bring about its destruction. To do that, Cedric needs to, in effect, find himself and recognize his own self worth.

Although this book brings together the characters of this series with those of the previous one, you won't be missing too much if you haven't read those books, but of course you will want to have read all the books of this series before reading this one. No significant new characters are introduced in this volume, so we really just get to know the existing ones a little more. The focus remains on Cedric and his journey to realizing his self worth.

The core plot and description of the ancient god trying to enter our world put me in mind of the first Hell Boy movie. The characters and details of this story are very different from the movie, but the basic plot line still feels a little bit like a homage to the comic-book inspired movie.

Like the series before it, these books have featured interesting characters that don't always fit into standard stereotypes, set in an almost over-the-top fantasy world of pirates, magic, mythical creatures, and lots of jolly rogering. The writing flows quite well in a style that's often hard to put down. While mostly pure escapism, these books nonetheless have a somewhat serious message about finding one's self worth, as well as accepting people as they are, no matter where they lie on gender spectrum.

“Painter's Rapture” is available from Amazon.