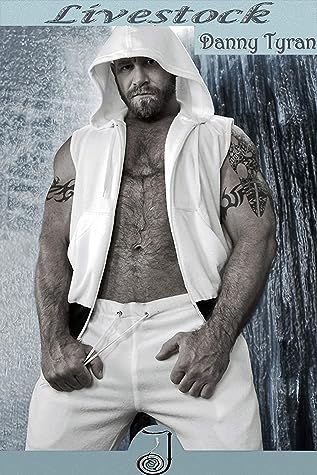 Lucas works in a law firm where he's supposed to be IT support but has ended up as an under-appreciated general factotum. One of the company's clients is a wealthy businessman who keeps a ‘herd’ of male slaves and has been accused of murdering one of them. Lucas becomes fascinated by the idea of extreme submission, as well as the man, Master Forrest, when they finally meet. The young man is increasingly drawn into the world of kink, but can he really trust his new master with his life?

The blurb for this book suggests that the story has an element of murder-mystery. In fact, the mystery of what happened to the missing submissive is cleared up within the first few chapters. However, the doubts that first introduction to Master Forrest's world plant color Lucas' thoughts for the rest of the story.

The book is told entirely from Lucas' point of view. I would describe the style as more ‘telling’ rather than ‘showing,’ but given the content, it's hardly as dull as that sounds. It's very much like reading a diary or personal journal documenting a young man's process of becoming a submissive and then a slave dedicated to pleasing his master no matter what the cost. It's all quite believable.

This is not your typical warm and fuzzy dominant/submissive romance that is so popular these days. This is a gritty depiction of extreme submission, warts and all. I have no doubt that it is as much a fantasy as the romantic stories, but it's going to appeal to a different audience. Lucas is tested, both mentally and physically, by his new master. He must not only prove that he can please Master Forrest with no concern for his own pleasure but also get along with the herd of other slaves the master keeps.

There are a great many things in this story that may make you uncomfortable. It's not just the kinky stuff, which is highly varied, but as Lucas learns more about his master and his brothers in the herd, they reveal some stories of genuine pain and torture. While there are definitely some highly charged sex scenes, I'm not tagging this as erotica. Those scenes usually come after some equally highly charged emotional discoveries.

“Livestock” is available from Smashwords or Amazon.