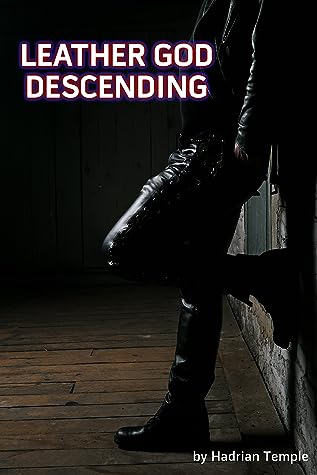 Adam is an experienced Dom demonstrating bondage and discipline techniques at the Folsom fair when he spots a policeman in the crowd. The cop stops by the booth several times over the course of the day, and it becomes obvious to Adam that his interest is more than just keeping the peace. As the day winds down, Officer Riley takes the opportunity to talk to Adam, and it’s clear the policeman has a submissive side he’s curious about. When Adam invites Riley to his house to explore this, the sparks really fly, but can Riley learn to express both sides of his personality? And, what happens when Adam’s non-monogamous nature rears its head?

The story is told entirely from Adam’s point of view - another distinctive feature - so we get to know him best, and we learn about his two boys Riley and Eric through Adam’s eyes. They’re all quite believable characters, although the subs are almost too good to be true in some respects, even with the mistakes they make. The menage aspect of the plot is not discussed in the blurbs, but it’s a big driver of the story’s drama, as the three men figure out how to make it work. The issues they face trying to have a three-way relationship seem entirely natural.

The story’s unabashed honesty and depiction of some acts means this book probably won’t appeal to everyone. The verbal abuse and humiliation Adam and his slaves enjoy may not be to everyone’s taste, but the author takes great pains to ensure that it’s not only what all the participants enjoy, but what they’ve consented to. This is especially emphasized during some of the riskier scenes. Unlike S.I.R., another recently read book with many parallel themes, this story is much less of a fantasy and more grittily realistic in it’s depiction of the San Francisco leather scene.