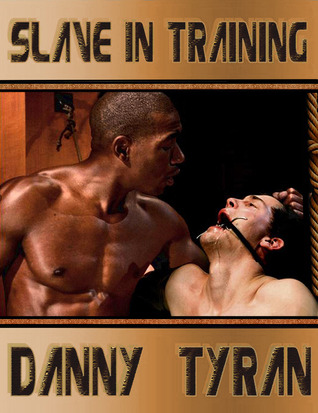 This is a case where the title of a book is probably more illuminating than the blurb. The style of the story is in the form of a memoir recounting the main character’s youth and early training as a slave in the 1970s. Max knows he is different from an early age, and it isn’t just his bisexuality, but it isn’t until he meets his gym teacher, James Teka, that he begins to understand that he was born with a deep seated need to serve others.

This is a rather unusual story, in that it is not your all-to-typical non-consensual enslavement plot, nor is it a sexual romp. Max describes his training in detail, and a lot of it involves both physical as well as mental challenges. In fact, the sex comes long after he begins training under his master James.

Although Max voluntarily submits to his enslavement, there’s still quite a bit here to make you uncomfortable. Max is only 17 when he meets his master, James, who is also his teacher. This alone makes their relationship dangerous, especially for James, even though he avoids sexual contact with his slave while he is still under age. Max also describes his training in detail, much of which most people would find extremely distasteful.

Max is subjected to a lot of physical and mental punishment during his training, but each hardship seems to harden his resolve that life as a slave was meant for him. He frequently has to justify his decision to others, especially his parents, who contrary to the blurb never really accept his choice. In these many justifications is perhaps one of the main themes of the book: that to be truly happy in life we must accept and be what we are, even though for some of us that means being a slave.

The kink in “Slave in Training” is as varied as it is extreme, but it’s never entirely gratuitous, and perhaps most importantly, it’s always consensual. At almost every point where Max feels he is beyond the limits of what he can take, he is given a choice: give up and walk away from the life and master he yearns for, or endure what is being meted out to him. Some of the things Max has to endure, especially during his final test, will probably make even the most hardened kinkster squirm.

The writing is simple and unadorned, which adds to the feeling that you’re reading a personal memoir or even a diary. The characters and plot are generally quite believable. Those of a certain bent will almost certainly identify with Max and understand his feelings. On a few occasions the story line starts to stretch credulity just a tiny bit, but not enough to break the flow of the story. It’s more like just enough to remind you that this is fiction and didn’t really happen.

This is one of those books that might well get under your skin and stick with you long after you finish reading it.

“Slave in Training” is available at Smashwords and Amazon