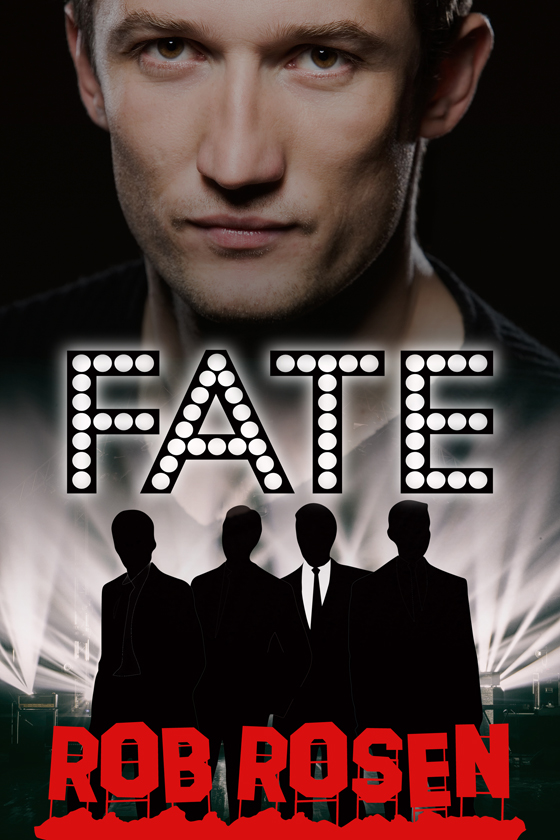 Eddie's stand-up comic mother goes into labor while on the road. She ends up sharing a hospital room with another woman, who as it happens lives not far away from her. Although coming from two different social circles, the two women become good friends, as do their sons, Eddie and Brian. At seven years old, the two boys are separated when Brian's parents have to move to another state, leaving Eddie on his own. Ten or so years later, on his first day of college, Eddie meets his new roommate Curtis. The two decide to be friends-with-benefits, which suits Eddie just fine. Until, that is, Curtis introduces his new boyfriend Aaron. At the end of the sophomore year, Brian re-enters Eddie's life, and introduces him to Trevor. Eddie ends up having a relationship with all four men, often at the same time. Despite attempts to let them go, “fate” keeps bringing Eddie's lovers back to him. How is he to decide which one he loves most?

As this story began to unfold, part of me hoped it might be an indictment of the tyranny of monogamy. I've always been curious about the argument that, as members of the LGBTQ+ community, we are already living outside of ‘convention’ and so shouldn't really feel like we need to adhere to conventional relationships, like marriage between just two people. However, the story never goes in that direction, although the idea isn't far off the page.

The story is related entirely from Eddie's point of view. There's clearly something about him that attracts his lovers to him, although it's not clear what that is, since his telling is rather self-deprecating. What is clear is that Eddie is just as swept up in the tide of fate that keeps pulling his lovers back into his orbit. Why they keep falling into bed with Eddie, even when they are in relationships with others, is another mystery. One of the things that does seem to be clear is that Eddie wants to be loved. Seems to need to know he is loved, although we don't get many clues as to why that is.

We only get to know Eddie's many lovers through him. They're each different in their own way. Of them all, Brian, Eddie's first love, is perhaps the biggest enigma. His relationship with Eddie doesn't always make sense, and like what it is that keeps all these men returning to each other, is never really explained. There's a lot left to the reader to guess at and ponder in this book. That's not a bad thing at all, although some might not like it.

“Fate” is available from Amazon.