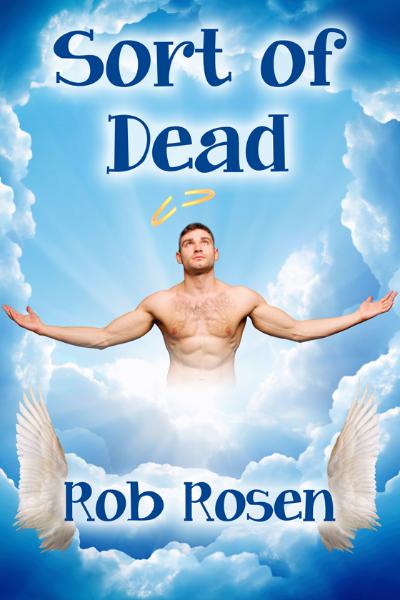 Nord wakes up in a strange place. “Wakes up” being not quite the right expression, since Nord is dead. Shot in the head while sitting at his desk. Only, this strange place isn’t heaven, apparently. It isn’t the other place either. It’s more like a giant departure hall full of people waiting to move on. Befriended by Max, another dead man, it soon becomes clear that perhaps this is the place where the recently departed who have unfinished business wait. Having been murdered, it seems obvious what Nord’s unfinished business is. Only, how can he, a spirit, help solve the mystery of who killed him?

“Sort Of Dead” is the kind of story I’ve come to expect from this author. It defies easy categorization, with elements of fantasy, romance, and mystery, all delivered in a sharp-witted style that will have you chuckling through most of the story.

There are quite a few characters to keep track of, especially given the way the plot plays out. Although Nord and Max are both spirits, they do figure out how to visit and even interact with the world of the living, where they enlist the aid of Clark, a computer geek occupying Max’s old apartment, and Voltan, a small-sized medium that the two ghosts can sort of communicate with.

The mystery is essentially what drives the story, and it’s very well constructed. There are several suspects, and only a very tenuous idea of what the motive might have been. Unraveling the whole thing proves to be quite a challenge. One that will probably keep you turning the page.

“Sort Of Dead” is available from Amazon.