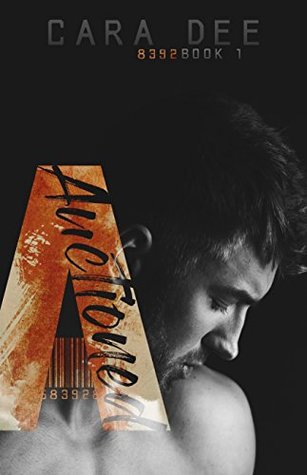 Gray is a college senior in a small town on the Washington coast. He's on his way home one evening when he's accosted by two men who drug him and bundle him into the trunk of their car. He spends what feels like months being shuttled from place to place, along with several other young me. They're treated like cattle, only occasionally being let out of cages to be hosed down and use a bathroom. Eventually, Gray is loaded onto a luxurious yacht along with the others. Once they're out to sea, the young men are auctioned off to wealthy men to become their slaves. Gray is bought by 'Mister B,' who immediately drugs him. When he wakes, the man claims to be there to rescue Gray, but can he be trusted? And what about the dozen or so other men?

There's a superficial similarity between the plot of this book and the still-incomplete Jocks For Sale serial I've reviewed. They both involve human trafficking of young men to become sex slaves, but beyond that, they're highly different stories. The earlier serial is an erotic fantasy that focuses on the kidnapping and programming of young men to turn them into pleasure slaves. By contrast, “Auctioned” is a gritty thriller. There's very little sex on the page, although there's obviously a lot of sex and violence happening to the other young men on the ship. While the island enclave where the “Jocks For Sale” are kept and trained seems unlikely, the operation described in this book seems scarily plausible.

The story is related entirely from Gray's point of view. He comes across as a rather average gay young man. He's athletic but doesn't seem to be a jock. Gray seems to have an entirely relatable history of getting into relationships with the wrong man. The young man's world is turned upside down by his ordeal, and the traumatic events that leave him wondering who he can trust are depicted in frightening detail.

We get to know Darius entirely through Gray, so the man remains a bit of an enigma right up to the end of this first book. We do get to know bits and pieces of his background which led him to take on the job of rescuing Gray, but it's clear at the end that there's still much more to know about the ex-mercenary.

This is the first book of a series, but it ends in a satisfactory place that doesn't leave you disappointed yet leaves lots of room for the following installments. I'm definitely planning to read the next book soon.

“Auctioned” is available from Amazon.