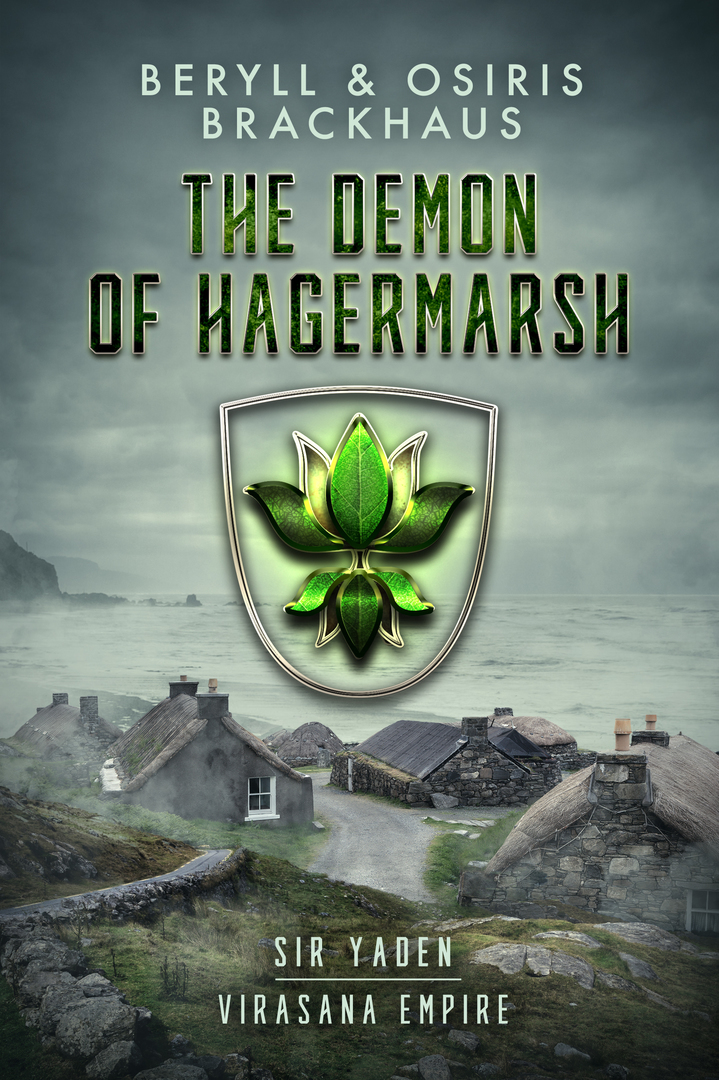 In a distant future when humanity is spread throughout many planets of the galaxy, Yaden is a young Lotus Knight on his first big mission. The knights are the elite representatives of the Emperor sent on missions to resolve conflicts or assist with natural disasters. All of them were born with special powers. Yaden’s is the ability to control earthly forces. He’s been sent to the village of Hagermarsh, on the forbidding planet of Leichman to investigate what seems to be demonic forces at work. At first Yaden has problems identifying the forces at work. The only thing unusual about the village is that on a planet renowned for the taciturn nature of its inhabitant, many in the village are downright nice to Yaden. One of those is the baker Colin, who awakens feeling Yaden hasn’t experienced with anyone else.

With its tale of demonic forces and psychic super-powers, “The Demon of Hagermarsh” feels more like fantasy than science fiction, but that doesn’t take away from a good story. The universe built up by the story is one where technology takes a back seat to just getting by. Much of humanity seems to exist on worlds where people just scratch a living without much in the way of modern conveniences. The human culture and society of this future is not that different from the present day, with a lot of focus on the use of the media and entertainment to influence public opinion. It makes the culture surrounding Yaden and the Lotus Knights a bit more relatable.

The story of the mission is told from Yaden’s point of view. He’s a young man anxious to prove himself. The scenes describing the progress of the mission are interspersed with reminisces from Yaden’s companion Darios about the knight’s younger days. Darios was actually a slave, purchased to act as tutor and care-giver for the young boy whose powers are already unbelievable strong. The picture we get is familiar as that of a brilliant youngster with skills that make him very special, but also isolate him from other children his age.

The book’s preamble pretty much gives away where things will end up with Colin, the friendly baker, but it’s interesting to see how they get there. The seemingly down-to-earth Colin is quite different from the blue-blooded Yaden, yet they’re not quite opposites. It will be interesting to see where these two go in the future books.

“The Demon of Hagermarsh” is available from Amazon.