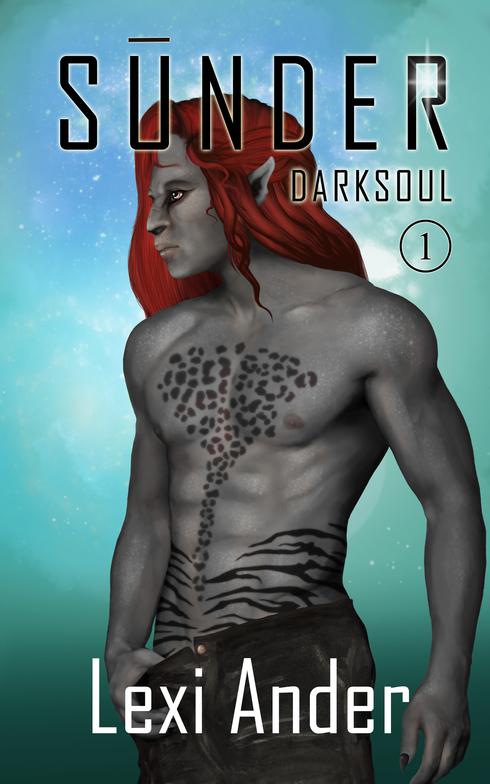 Although borne into the royal family of Slorex, Sūnder has always been an outcast, whom his real father cannot even publicly acknowledge because he is Faelyn, a magical being commonly believed to be destined to turn evil. He has spent his life trying to prove people wrong. Gabriel is an earthling who was abandoned by his parents at the age of 16 and has spent his life avoiding close relationships with anyone who might hurt him again. When the two men meet, there’s an attraction that’s hard to deny, even though Gabe tries his hardest.

This story is a rather convincing blend of fantasy and science fiction. The magic of the story is not a bunch of conjuring tricks, but simply a matter of having an increased sensitivity to the natural world and an ability to communicate with it. This dovetails nicely with the main science fiction theme asking the classic question: “what if” the plant kingdom is more sentient that we think.

Both of the main characters are very well drawn. Sūnder is very much along the lines of a classic anti-hero; someone everyone thinks is a strong and silent bad guy, but he’s really kind of a softy. Gabriel, on the other hand, is the underdog that everyone, including himself, under estimates. We get parts of the story from each person’s point of view, which gives us a great deal of information about both characters to help make them more real.

There is a rather sizable cast of secondary characters that also play significant roles in the story. So much so that it seems likely that some of them, such as Gabriel’s best friend Ronan, may feature in sequels to this book. Although titled as the first of a series, “Sūnder” ties up the story of Sūnder and Gabriel rather neatly. The only loose ends mainly concern the secondary characters such as Ronan. The universe created by this story is an interesting one that you’ll probably want to read more about.

“Sūnder” is available from Amazon.