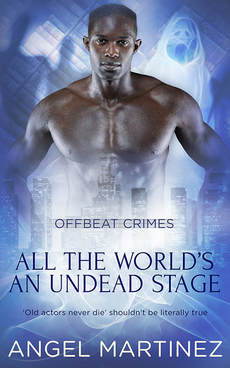 All the World's an Undead Stage

All the familiar characters introduced through the previous five books appear in this book. No new players are introduced, aside perhaps from the evil doer behind the attacks. Oddly enough, I knew who the bad guy was the first time they appeared early in the first few chapters. It doesn’t seem like it’s that obvious, and it takes the squad up to near the end to figure it out, but it was clear to me from the start.

Anyway, as much as I’ve enjoyed the series, I’m happy to see it end. The characters are highly engaging, and the plots were interesting, up to a point. After a while, you could readily figure out what the arc of the story would be for each installment. This book is a bit different, with all the officers coming together, along with the familiars they’ve picked up along the way, to defeat the bad guy. While the last few books have been a bit darker, this last volume returns, somewhat surprisingly, to show a bit more of the author’s trademark humor.

This has been a remarkable series, not only for the large number of well-defined characters it creates, but also for the clever use of mythical and folklore beasts. The story-telling is so light and easy that it makes the fantasy elements almost believable.

“All the World’s an Undead Stage” is available from Amazon.