Review - The Pill Bugs of Time by Angel Martinez 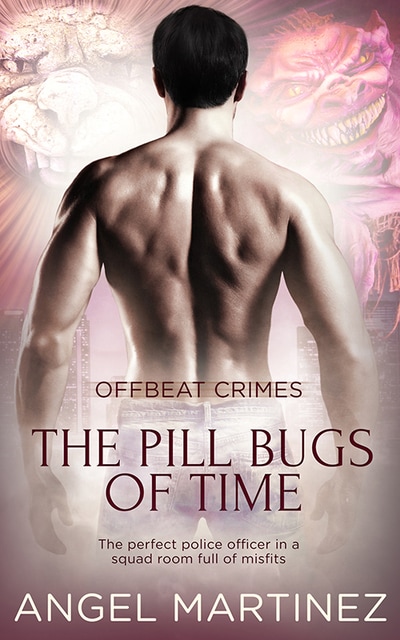 In this sequel to Lime Gelatin and Other Monsters, the budding relationship between paranormal police detective Kyle and his partner Vakesh is facing a few stumbling blocks, mainly in the form of Vakesh’s inability to be open about it.

However, it’s hard for Vakesh to focus on fixing his relationship with Kyle when they, and the rest of their squad, are dealing with an infestation of little bugs whose sting seems to send their victim backwards or forwards in time. Vikash himself is subjected to a couple of such trips, one far into the future and another into the past. His trips are none-too-subtle illustrations that homophobia is a fairly recent presence in human society, and one that probably won’t be around for much longer.

Of course, Vakesh has to deal with the here and now, and his reticence is in part understandable. While he might not be fired, or beaten up, his relationship with Kyle could still have repercussions for his career.

This second book in the Offbeat Crimes series gives a little more depth about the two main characters, but still doesn’t offer up much about the other officers on the squad.

“The Pill Bugs of Time” is available from Amazon.