Review - The Monk by Megan Derr 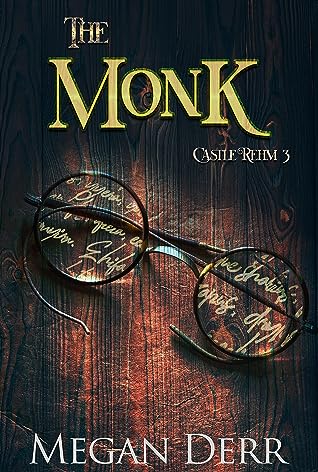 Taniel feels like he has always lived his life in the shadows. Growing up with his adopted family, he seemed to be the shadow of his older brother Kohar, who also became a mage. Then, at the monastery, he became the shadow of the spectacularly beautiful monk Vosgi, whose obsession with dark magic finally forced Taniel to turn him in, and get both of them kicked out of the monastery. Now Taniel is back with his brother at Castle Rehm, where Vosgi has been wreaking havoc taking his revenge. Will Taniel be able to defeat his former lover and protect the only family he has left?

The Castle Rehm trilogy comes to a conclusion in this final installment, when we finally get to meet the elusive Vosgi and get to know Kohar's younger brother. You really should have read the first two books before reading this one to get the full background on all the characters, but the focus of this story is mostly on Taniel, and there's a lot of background relayed over the course of the short book, so if you haven't read the others you could, in theory, still read this one.

Like the previous book, “The Monk” sets a fast pace, with the action starting in the first few pages and never really letting up. Although Taniel appeared in the last book, we really didn't get to know much about him. Frankly, we don't get to know a whole lot more in this book, except to hear more about how he got involved with the mad monk trying to kill everyone around him.

Taniel's love interest is Corsair, a member of the palace guard, but we only get the barest sketch of him as well. In fact, the whole romance between Taniel and Corsair very much takes a back seat to the action. The two only get one quick romp in bed before being interrupted. The interactions between the two are quite cute, but there just seems like too little of it. It just feels underdeveloped compared to the two previous books.

“The Monk” is available from Smashwords or Amazon.