Review - The Castellan by Megan Derr 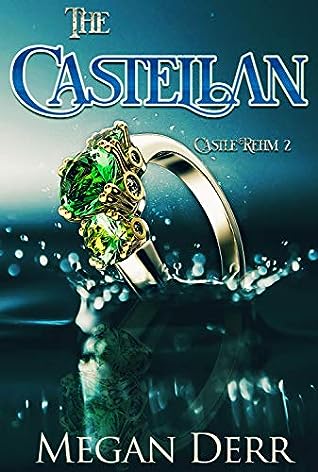 Bedros was once a high flyer at court, a favorite of the king. All that came to an end when he saved the life of a man he considered an enemy, but who was unjustly accused by the court of high crimes. As punishment he was banished to Castle Rehm, at the furthest reaches of the kingdom. Bedros has nonetheless made a life he's happy with, taking care of the people and keeping the peace. While he knows he's out of favor with the court, it's still a bit of a surprise when word reaches the castle that the king's soldiers are on their way to slaughter the villagers and the residents of the castle, and blame it on the neighboring kingdom to provoke a war. The bigger surprise is that the messenger is none other than the man who Bedros saved, causing his downfall.

“The Castellan” is a fast-paced story that quickly becomes quite a page-turner. The action takes off almost from the first chapter and doesn't really let up until the end. While a lot happens over the course of the story, the drama between Bedros and the man he once considered his nemesis never really materializes. On the whole the relationship between the two men is a lot more adult than one might usually expect from these kinds of stories.

Bedros was introduced in the previous book, The Succubus, but we really didn't get to know him all that well. You probably should read the previous book before this one, but if you haven't you won't be missing much. This story focuses on two different characters, Bedros and his one-time enemy Warren. We got the impression from the first story that Bedros has a rather relaxed attitude and doesn't stand on ceremony much, although he still knows how to respect the customs of the court when necessary. That view of him is very much reinforced in this book.

The story is told entirely from Bedros' point of view, so we get to know Warren through him. He seems to be more like Bedros than the man might have imagined, and there's clearly been an attraction there even though Bedros had been convinced to treat Warren as an enemy.

This second installment of the Castle Rehm series feels a lot better constructed that the first book. The relationship between Bedros and Warren has a little more drama to it, although not quite what the blurb promises, and there are no loose ends left at the end.

“The Castellan” is available from Smashwords or Amazon.