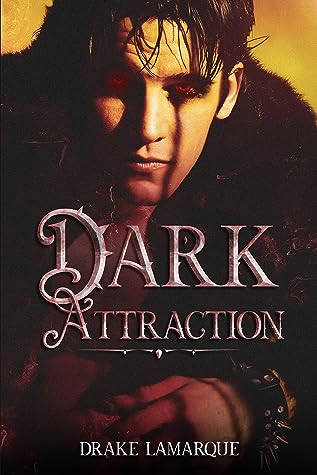 College surfer boy Brandon (‘Brand’) is looking for something. He just isn't sure what it is. He's tried guys. He's tried girls. But it's just been a series of one-night stands because something was missing. Then one night at a frat party, he spots Gage. The other man looks like a goth, but it's soon clear he's much more than that. Gage takes Brand back to his apartment, and against his better judgment, he lets the young man get under his skin. That's not a good thing for a vampire to do, but when Gage reveals himself to Brand, the younger man doesn't run away. Instead, Brand embraces everything Gage wants to do with him.

Most of the story is told from Brand's point of view. He's painted as a very typical college student. He parties and drinks too much, and is very amenable to going to bed with just about anybody. Underneath all that, though, is a strong desire to find ‘something’ meaningful. It's not until he meets Gage that he figures out what that is, and it's not quite what he would have ever guessed.

Gage is a little more of an enigma even though part of the story is related from his point of view. He seems reluctant to share his past and how he became a vampire, even though Brand asks about it. As a dominant, he is very believable, or at least highly desirable. Who wouldn't want to sub for this man, err, vampire?

It looks like this could be the start of a series, but the author isn't committed to it. It ends in a satisfactory-enough place, but there are more than a few loose ends dangled to make us want to learn more about Brand and Gage, and their friends.

“Dark Attraction” is available from Amazon.