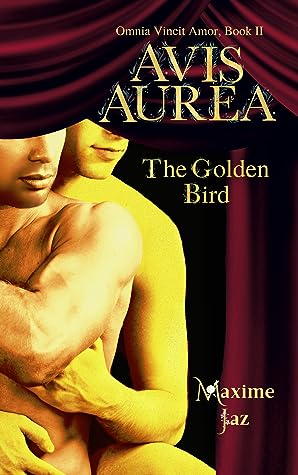 Marius has returned to Rome with Kyle, more determined than ever to keep the slave by his side. Of course, there are pressures from all quarters for him to conform to the demands of his high position as the commander of the military and nephew of the emperor. Ultimately he gives in to demands for him to take another wife, but he does so on his own terms. Claudia proves to be more than just a beard, and the three form an odd sort of family. The machinations of Marius’ father and his uncle, the emperor as well as others seeking power continue around the new family, seeking to drive a wedge between them.

This second book of the Omnia Vincit Amor trilogy takes a somewhat surprising turn with the addition of a new wife for Marius. It goes even further by bringing Claudia into the relationship that Marius has with Kyle. I suspect that some readers won’t like it, those who forget what the ‘B’ in LGBTQ stands for. Still, even though the author is at pains to point out this is not intended to be a true historical novel, the twist does make the book ring a bit more true to what we imagine Ancient Rome might be like.

In this middle book, we also get to know about the events in Kyle and Marius’ background that shaped the men they are today. Kyle encounters people from his past that trigger unpleasant memories and nightmares, as well as the possibility that his true origin might be exposed. Likewise, Marius experiences his own flashbacks to pivotal events from his childhood. It gives us great insight into what shaped both men, making the relationship they develop all the more compelling.

In my review of the first book, I called it the start of an epic love story. This second book definitely lives up to that promise, with surprising twists and turns. Although this series is not a meticulously researched historical novel, it still reminds me of Mary Renault’s The Persian Boy in scale. At this point, it’s hard to even guess at where things will end, so I’ll just have to read the third book to find out.

“Avis Aurea - The Golden Bird” is available from Amazon.