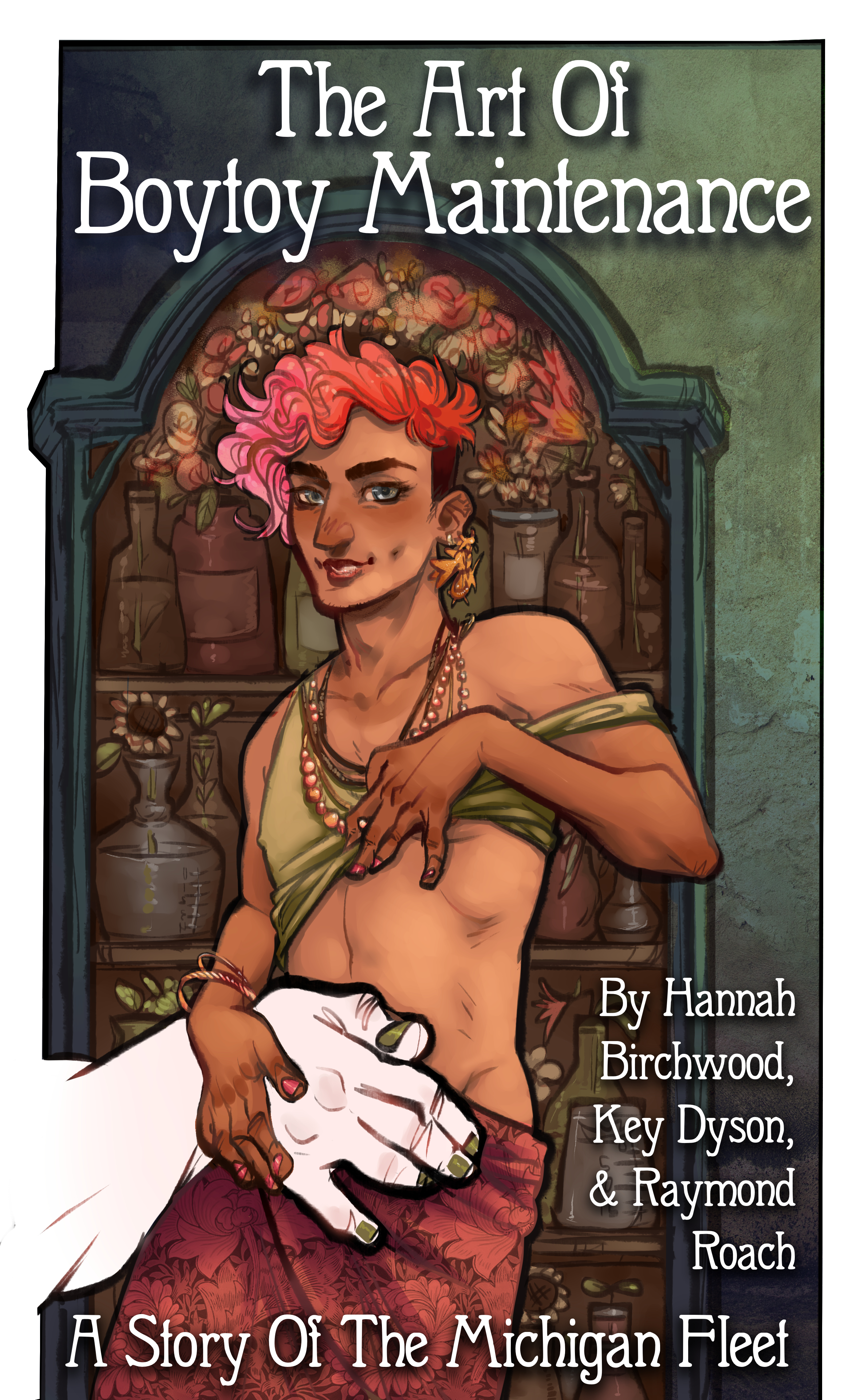 The Art of Boytoy Maintenance

Volume 2 of Stories From The Michigan Fleet

Rich continues to settle into life aboard the Reliant, a life far more “normal” than his time on his previous posting aboard the ship from hell. One of the little pleasures of his new existence is the occasional visit from Liam, a very much friends-with-benefits relationship. On one of these visits, Liam floats the idea of being Rich's “toy” for the day. Rich can do whatever he wants, whenever he wants, with Liam, who Rich already knows has an almost insatiable sexual appetite. That day finally comes when Liam's science boat is stowed in the Reliant's hold during one of the violent storms that cross the lake.

“The Art of Boytoy Maintenance” is a short sequel to After the Storm. It's almost like a deleted scene from the first book, except that it clearly takes place after the events of that story. After a short introduction, it's really just an account of Rich's day having Liam at his disposal to do whatever he wants, when-ever he wants. Liam really wants to be used, and maybe even a little abused, by Rich. If you read the other book, then you know how sensitive Rich is about using his genetically enhanced size to push people around, so while he know Liam likes it rough, he's always concerned about going to far. This makes the day more of a challenge for Rich than you might expect. He's not your typical fictional Dominant.

As you can probably guess, the book is a series of connected sexual encounters between Rich and Liam, with at one point a little help from Basil. Liam is the one man Rich has met that cannot only accommodate Rich's size, he craves it. The day becomes, in part, a test of just how much Liam can really take.

While it's mostly hot and steamy fun, there are some dramatic moments mostly resulting from the two men having to balance getting what they want out of the scene with respecting the issues and limitations of the other man. If you've read the previous book, then this is a fun visit with Rich and Liam. It doesn't really advance the Michigan fleet story as a whole.

“The Art of Boytoy Maintenance” is available from Smashwords.