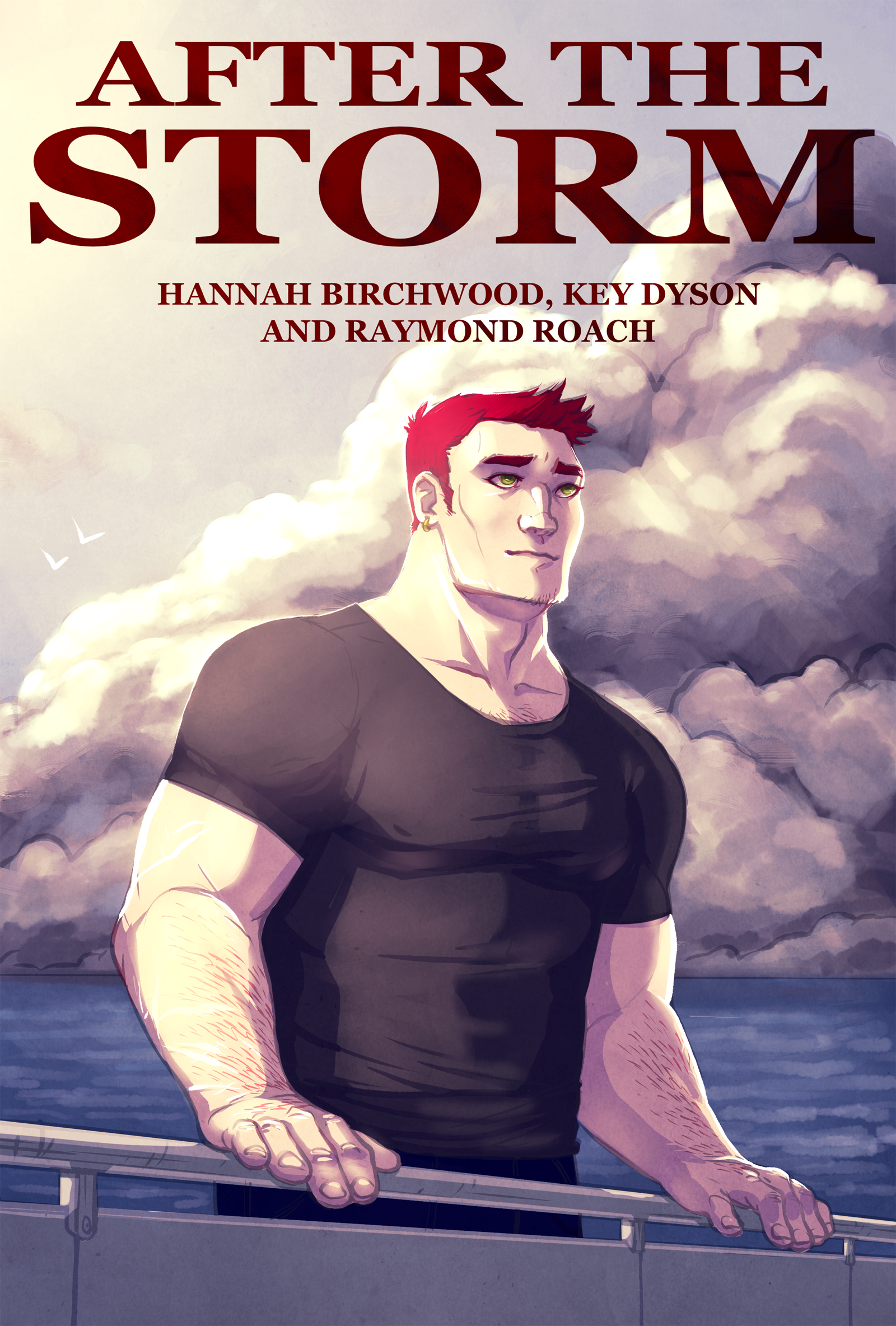 Volume 1 of Stories From The Michigan Fleet

When the effects of climate change start getting severe, governments collapse and chaos ensues. To escape the dangers of the cities, a group of people take to the waters of Lake Michigan, where they're joined by more refugees and ultimately form a self-contained community called the “Michigan Fleet”. Rich Merrill is a child of the fleet, born to a “normal” father and a mother descended from genetically modified super-soldiers. But Rich isn't a soldier, he's a tech who can interface with the artificial intelligence of the ships in the fleet to help them out. Unfortunately, after training he got assigned to the worst ship in the fleet, where violence, intimidation and sexual exploitation is the norm, as is forcing Rich to do the work of three people. Fortunately, the fleet finally wakes up to what's going on and disbands the crew. Rich is retrained and reassigned to a new ship, but the hard-learned distrust of other people is hard to shake. Can Rich conquer his fears and learn to trust again?

“After the Storm” paints a very believable picture of a possible future that isn't that far off, as climate change brings humanity to the brink. We see it all through Rich's eyes, and he is also very realistic and understandable. As we get to know Rich more through the story, it's easy to see how his view of the world has been shaped by his experiences aboard a dysfunctional ship.

The story is told in very episodic fashion, with each sub-story helping to build a bigger picture of Rich and his challenges. Some of the scenes are very sexual, but even these demonstrate how the most intimate of interactions have been colored by Rich's traumatic experiences. Although the term is never used, it's clear Rich is suffering from a form of post-traumatic stress (PTSD) as he gets set off by even the simplest of everyday encounters.

Rich manages to form several close friendships over the course of the story. The closest of these is to a colleague, Basil. The younger man is sweet and somewhat innocent, although also a child genius that Rich knew before his time on the dysfunctional boat. Then there's Liam, the brilliant and sexually voracious agricultural engineer who manages to teach Rich that sex is for pleasure, and not “payment” for favors.

“After the Storm” is available from Smashwords or Amazon.