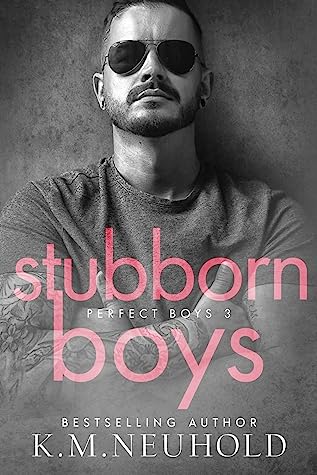 Alden is the last of the three partners in his charitable investment company to still be single. His two friends have already found boys to fulfill their Daddy desires. Alden has had his eye on Gannon, their assistant, but isn't sure if the man is even interested, let alone willing to be a boy to Alden's daddy. However, it's obvious to everyone that Gannon has a thing for Nolan, except for Nolan himself. Likewise, Nolan is interested in Gannon, but isn't sure if the other man feels the same.

Gannon had his army career cut short when an explosion resulted in one leg being amputated. He thinks the three men he works for are spoiled rich kids, but he does appreciate what they're doing with their money and he enjoys his work. While he's very attracted to Nolan, he doesn't think he's “enough” for the man. Event planner Nolan doesn't understand why Gannon holds back. He doesn't care about the man's disabilities. Things get complicated, to put it mildly, when Alden steps in to try and get the two together.

“Stubborn Boys” departs a bit from the pattern of the first two books of this Perfect Boys series in a couple ways. The most obvious difference is the three-way aspect, which is not a common theme for these types of stories. The more subtle difference is that neither of the potential “boys” are really all that interested in the kind of D/s relationship Alden is looking for, although it's really that they just haven't considered it.

Gannon and Nolan come off as very believable people. The “guys don't talk about their feelings” theme is very cliché but it works with this plot, especially Gannon. It's very understandable that he wouldn't want to tell anyone why he hesitates to get involved in a relationship. Having spent a bit of time in recent years with a vet who lost both legs, I was on guard for anything that didn't ring true about Gannon, but the description of him and his issues seems very real.

While Alden's role is critical, and even pivotal, he doesn't play as key a part of the story as the dominants did in the previous two stories. He orchestrates things, but the other two players in this story are equally important to how things evolve. You don't have to have read the first two books to enjoy this one, but it would still help.

“Stubborn Boys” is available from Amazon.