Review - Once Upon a Time by Alessandra Hazard 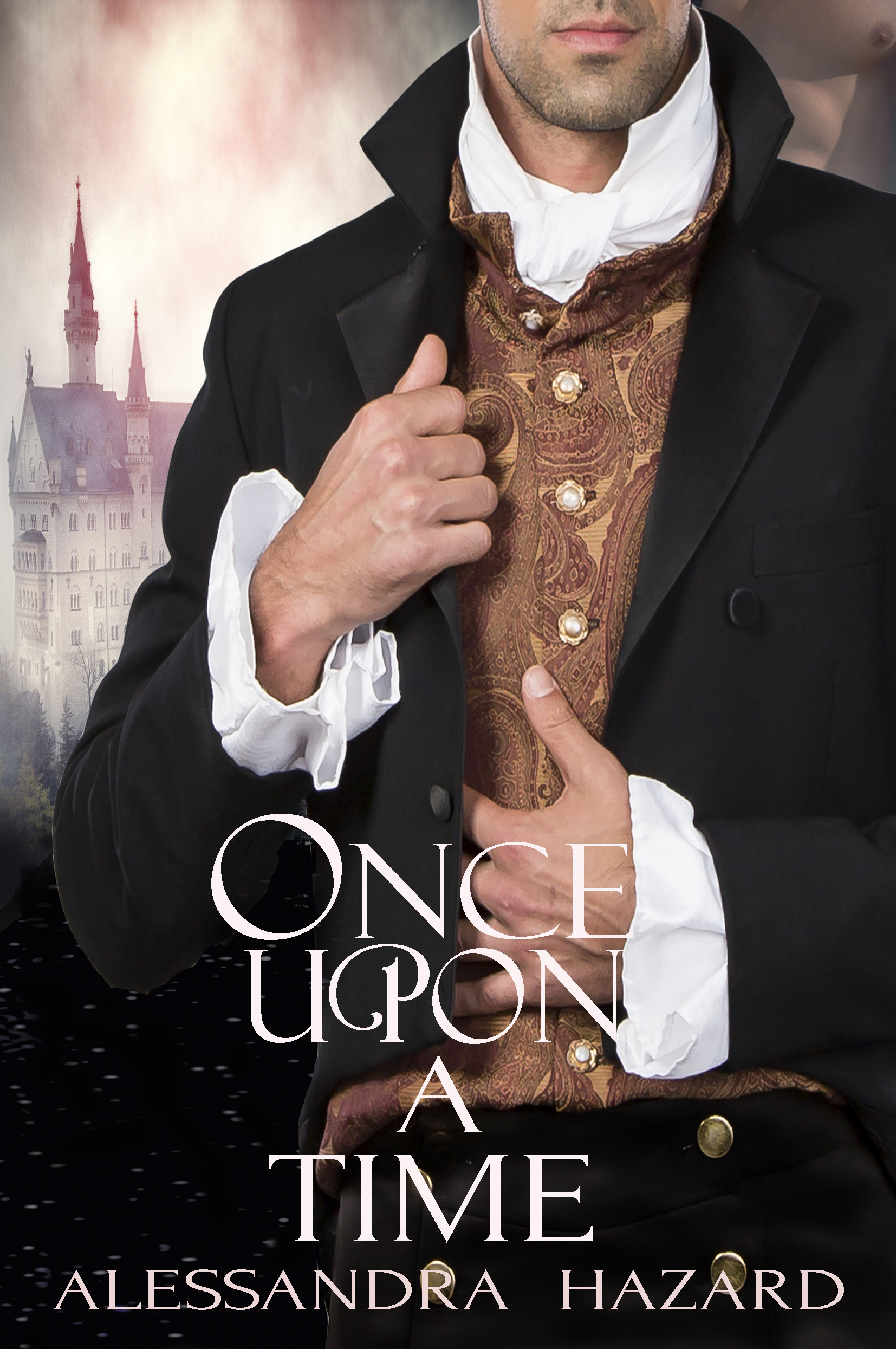 Once Upon a Time

Crown Prince Jamil is still feeling the loss of his bond-mate months after the prince consort was killed when his aircraft was supposedly shot down by “rebels” in the high mountains. Unable to sleep one night, he finds himself in the royal stables, were he encounters a man trying to break one of the wild flying horses on his own. The man, Rohan, is breaking all safety protocols, but Jamil is unable to do anything but stare at him. Rohan is also drawn to Jamil, and isn't what he seems to be. It's just the start of a relationship that could prove disastrous for both men.

Like the previous book in the series, That Irresistible Poison, “Once Upon a Time” explores the relationship of another member of one of the royal houses of Calluvia. The focus of this book is Jamil, the older brother of Seyn, one of the protagonists of the second book. While you might be tempted to read this story without having read the first two volumes, that would not be advisable. The stories overlap in time, and there are recurring characters, especially between this book and the one before it. There are even scenes that play out from different points of view in the two books.

One of the things that's becoming more clear is that one of the major themes connecting the books of the series is the fight against the childhood bonds that are so ingrained in Calluvian society that they are part of the law. The practice binds children too young to have any choice in the matter to their partner for life, and seems to leave them emotionally stunted as well as unable to fulfill their telepathic potential.

Of course, the clear focus of this story is Jamil and the “rebel” Rohan. Jamil is a familiar enough character for this series, a prince of a royal house with a lot of responsibilities and the burden of the many expectations that his parents and other royals have of him. He's quite interesting as a man who needs to exercise a great deal of self-control as well as projecting a commanding presence. Yet, it seems that what he really needs is another man to take charge and let him lose control.

Rohan seems to be the right man for the job. He's strong willed and knows what he wants, even if he also knows it's not good for him. Jamil tries to resist him, with Rohan's rough exterior and perceived lowly status, but the draw between the two is just too hard to resist. It's an interesting idea — that in a society of telepaths, some people would be such a good “fit” that it draws them together naturally. It definitely works in the greater story line.

“Once Upon a Time” is available from Amazon.