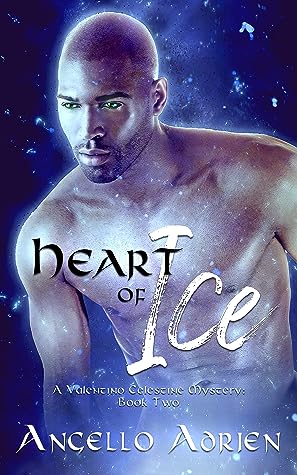 Valentino is still in a sort of self imposed isolation after his fight with the demon manticore, in which he revealed his true nature to those closest to him. But he can't cut himself off forever, and the impending visit by vampire royals combined with the mysterious death of a high society young woman means that Valentino must resume his duties as both a detective and consort to the Guardian Aladar.

This sequel to Heart of Darkness picks up a few months after that book ends. Valentino is still shying away from contact with most of his friends, including his maybe boyfriend Robert, despite the werecat's attempts to contact him. But with vampire royals visiting the city, he has to bite the bullet and return to the Guardian's mansion to resume his duty as consort. At the same time, he needs to help the police with a rather gruesome murder of a young society woman that is somehow connected to a demonic contract.

There's a lot going on in this book, which continues with the same large cast of characters as the first book, so if you haven't read that one already, you'll want to have read it before starting this one or you'll be lost as to who is who. Aside from Valentino, there are his detective partners Jack and Pete. The three spend a lot of time together but we still know very little about the two human policemen that Valentino works with. Come to that, it's still not very clear what Valentino's role is. In the first book it's mentioned that he's a private detective working with the police, but in this book it seems more like he's a member of the force.

There's more of an emotional connection built up with the Guardian and his retinue. Valentino seems to be warming up to Aladar, who in turns seems to open up a bit with his consort. Then there's Robert, whom Valentino is falling in love with against his better judgement. Given Valentino's true nature, it's hard for him to see how the two could have a life together.

There's the bones of a pretty good story here, but it sorely needs tighter editing and proofing. There are a number of cases of the wrong word here and there. It's the type of mistake that's easy to make when writing, but most, if not all of them should be caught during proofing. Likewise, there are some continuity issues, where for example characters make plans to do something but then do something else. This is most notable with time, where some days seem to go on forever. All these issues are serious to notice and mention, but there's still a good story here.

“Heart of Ice” is available from Amazon.