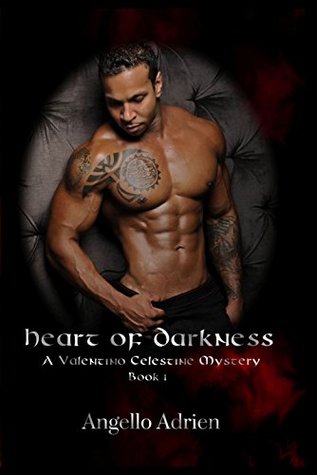 In a world where faeries, vampires, shifters and other supernatural creates have revealed themselves to be real, Valentino is the human “consort” to the guardian of Philadelphia, a high ranking supernatural charged with keeping the peace with humans. Valentino enjoyed his relationship with his guardian, but she is called back to the land of the fae to assume the crown as queen. Her replacement is a vampire, and Valentino takes an instant dislike to the man. One of his guards, on the other hand, Valentino finds very attractive. But there are more important things to worry about. Valentino is also a detective, and there have been a string of supernatural killings that have everyone on edge.

The book paints an interesting picture of Valentino. Allowing that this is a fantasy, he’s quite believable and stands out as a real person. There are also a lot of other characters that come into Valentino’s sphere. Many of them get to tell their own fascinating stories about how they came to be where they are when Valentino meets them.

Among the large set of secondary characters, two are significant: the new guardian Lord Aladar, and one of his bodyguards, Robert. There’s a clear mutual attraction between Robert and Valentino, but the two don’t quite manage to completely connect, in part due to Valentino’s concerns over his secret. Things with Aladar are even more complicated. Valentino takes an instant dislike to the vampire, fueled in part by fear of what Aladar would do if he discovered his secret. Yet, Aladar seems obsessed with Valentino and their encounters are almost always full of tension.

This is an ambitious book, with lots of well-developed characters and detailed world-building, all set against a classic murder mystery. I would pick nits with a few word choices, but as a whole the work stands out very well. This is supposedly the first book of a series and I’m definitely looking forward to reading the second book.

“Heart of Darkness” is available from Amazon.