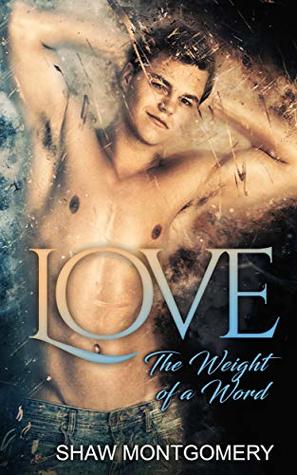 Volume 2 of The Weight of a Word

Scott, Ryan and Dare continue to try and figure out the three-way relationship they started in the first book, Us. It’s not an easy thing for Ryan and Scott to open up to each other, or to Dare, and Dare has to be careful not to push the guys too hard or too fast. On top of that, there are concerns about where Scott and Ryan are living, as well as what to tell people about their budding relationship.

The word “sweet” gets used a lot in this book, mainly by Dare, and it’s rather appropriate. It’s cute (another commonly used word) watching Ryan and Scott dance around each other, both still a little afraid to risk their friendship by telling the other what he wants. For now, they still need Dare to give them little nudges in the right direction, but it’s still an interesting question of how much they’ll need the young twink as they gain confidence.

We continue to learn more about all three main characters, and even get introduced briefly to Ryan’s family, while Dare discloses a little about his own family in return. We also get some glimpses of Scott’s work life, and even hints that it could be a cause for issues in subsequent books.

Ryan and Scott are quite believable personalities. It’s easy to see how a couple of jocks would have trouble talking about their feelings. Perhaps it’s a bit cliché but that doesn’t make it any less believable. Dare remains a little too good to be true. He’s exactly what Ryan and Scott need in their lives, but whether or not they will still need him once they work things out is still an open question.

“Love” is available from Amazon.