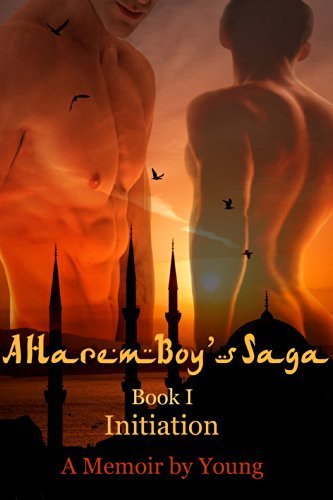 Volume 1 of A Harem Boy's Saga

Young (technically 'Yoong' but called 'Young' by most westerners) is born into a well-to-do Chinese family in post-war Kuala Lumpur, Malaya (Malaysia). His sexual orientation becomes evident at an early age, as he takes a keen interest in art and fashion, and later, boys. His conservative father is not pleased and makes many attempts to “butch up” his son. Young resists all attempts to change him and ignores the constant bullying from fellow schoolboys. Like most boys from well-off families, Young is shipped off to an English prep school in his early teens. Daltonberry Hall is a world away from Young's youth in more ways than one. He is assigned a senior boy to be his “big brother” to guide him through school life. That young man also allows Young to explore his sexual urges as well as academic ones. As the second school year is about to start, Young is invited to join a secret society. The group will train him in all the ways to make love and place him in wealthy Middle Eastern households, where he may enjoy many gifts and other advantages to advance his career.

“Initiation” got my attention when it was first published several years ago. It sounded interesting, but I'm embarrassed to admit I passed on it because it seemed too long. The stated print size is more than 500 pages. I've been reading voraciously lately and decided that I had the time to tackle a longer read. Based on the book description, I was expecting an erotic sex romp without much substance. On the contrary, while Young does have many sexual encounters, they generally aren't described in much detail. Instead, this is more of a sweet, sensual coming-of-age story about the sexual awakening of a young gay man given an opportunity to fully explore his desires.

The book is written as a ‘memoir’ by the now much older Young looking back on his youthful adventures in a very anecdotal style. I suspect it's more fiction than autobiography since elements of the story seem highly improbable, but the underlying fabric is rather convincing. I visited Kuala Lumpur many times when I lived in Bangkok. The chapters covering Young's childhood paint a completely believable picture of life in the city for a child of an extended Chinese family. The people and events of the time are so well described that by the time the young man is introduced to the Eros Society, you want to believe it might actually exist.

Young is much more than a sexual plaything or even a high-class call-boy. He is effectively a modern-day courtesan, able to hold an intelligent conversation and even advise the men who take an interest in him. His youthful enthusiasm and the passionate way he takes on the things, and people, that interest him seem to be a big part of what attracts some men to him. It's a fundamental part of his personality. Along with the lessons he receives from the “school” in the desert oasis in how being a good lover is more about watching and listening, it makes him quite irresistible.

It's hard not to get caught up in Young's adventures. He is treated kindly by all the men in his life and has the love of his guardian Andy, an experienced older boy in the Society. He is often rewarded quite handsomely and makes contacts with people who can help him further his future career in fashion. His biggest problems are the disappointments when he becomes too fond of some of the men he meets. It is indeed quite a charmed life, and that's probably the most convincing argument that this is indeed more fiction than fact: It's too good to be true.

Even as fiction, there are some problematic aspects to this book that might give you qualms when you think about them. The story is a bit vague and inconsistent about Young's age, but it seems he is around twelve or thirteen when he arrives at the boarding school in England. He is groomed for induction into the Society almost from the moment he sets foot in the school. “Groom” is a loaded word these days, but it fits in this case, and there's a tacit acknowledgment of this from the writer, in retrospect. It's not that Young is coerced into doing anything. Instead, he's encouraged to pursue his natural desires. His “big brother” carefully guides him in his explorations but doesn't push him. In fact, there are times Young's mentor Nikee tries to teach him some patience. Still, it's a very valid question of whether the young man is mature enough to consent to membership in the Society when it's offered, even though it's a decision he never regrets. The author's forward asks people not to judge and read the story with an open mind. If you can do that with the above content warning in mind, then you might enjoy this story, which continues for several more installments.

“Initiation” is available from Amazon.