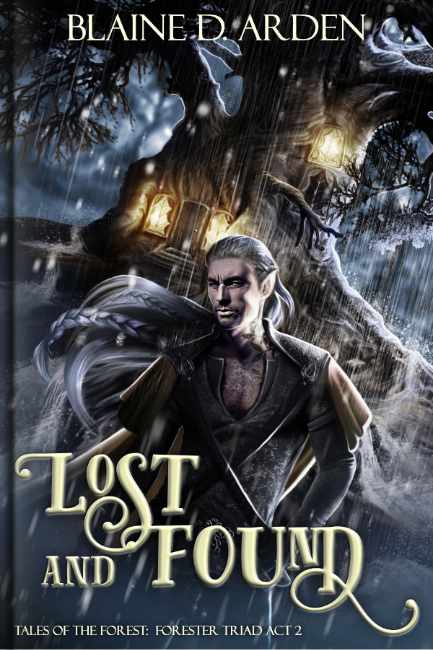 Volume 2 of Tales of the Forest

A young tree elf has gone missing after leaving the camp of a hunting party, so truth-seeker Kelnaht is called in to lead the search along with his apprentice Brem. Clues are scarce, and it takes several days, but eventually they find the boy in a place apparently meant to implicate the forester Taruif, with whom Kelnaht has been having an illicit affair. It's easy enough to clear the forester but harder to track down the real culprit.

This second book of the initial trilogy of the Tales of the Forest series continues the story of Kelnaht and his problematic relationship with the forester Taruif and his old partner Ianys. Taruif is still shunned, although there's hope that may change. Until then, they have to be very discrete. There's the added complication that the mother of Ianys's daughter made him promise not to allow Kelnaht to have any role in the child's life. As should be obvious, you need to have read the first book of this series before picking up this one.

Once again, the story is told entirely from Kelnaht's point of view. We get a bit more insight into the world of tree elves and cloud elves, and the village where they live together in mixed families. However, the main theme of this tale is the tightrope the truth-seeker walks by having a relationship with the shunned forester and Ianys.

“Lost and Found” is available from Smashwords and Amazon.