Review - Dancing on the Edge by L.M. Somerton 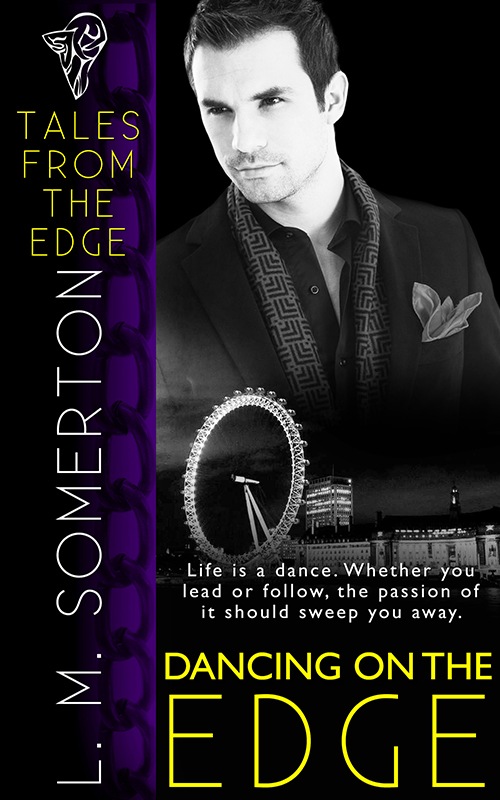 Dancing on the Edge

Volume 3 of Tales from The Edge

Carey is the owner of the Underground Club and has been in a relationship with one of his employees, Alistair, for about three years. The couple is just about to make their relationship more formal when Alistair's conservative father orchestrates the young man's kidnapping and commitment to a cruel conversion therapy institution. Carey needs to call on his friends to help him get Alistair back and remove the threat his father poses.

“Dancing on the Edge” is undoubtedly a story for our time, even if it was first published many years ago. You'll definitely need to have read the first two books of the Tales from The Edge series before taking on this one since the characters introduced in those two stories play significant roles in this volume.

Alistair is the kind of submissive that seems to be typical in this series. He is a sweet young man who appreciates having a firm guiding hand, but he's not totally dependent on Carey. He has a budding career that could support him, yet he enjoys working at the Club and needs the kind of attention Carey knows how to give him.

Carey himself is quite believable as a Dominant. As the owner of the exclusive Underground Club, it seems he has enough money to afford the cost of keeping himself and Alistair in leather. He doesn't need to micro-manage the running of the Club, so he has enough play time to spend with Alistair.

Although published in 2013, this book could be right out of today's headlines, with hypocritical conservatives who care more about appearances than their family's happiness and unscrupulous conversion therapists. You definitely want to read the blurb carefully and consider whether or not the story might be triggering. If you do decide to read it, be prepared for an edge-of-your-seat experience.

“Dancing on the Edge” is available from Amazon.