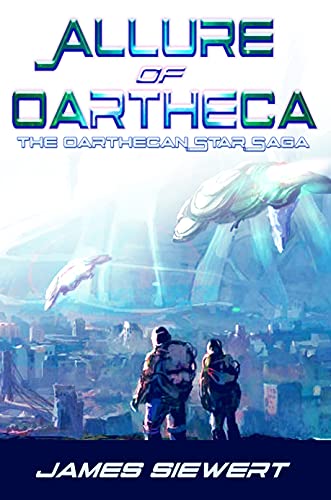 Rowland Hale is about to pull off the biggest ‘salvage’ job of his career. With his crew, he's managed to track down a long-lost cargo shuttle carrying some extremely valuable goods, along with some nearly priceless technology. He has managed to break through the security systems keeping the shuttle locked tight, and his crew is beginning the recovery when the worst happens. They are attacked by a ship belonging to one of the most feared species in the galaxy. A race widely reputed to be cannibals. The crew is either killed outright or taken away, but thanks to a quirk of his implants, Rowland manages to avoid detection.

Toar is the captain of an Oarth mining station working close enough to where Rowland was attacked to pick up the distress call from his damaged ship. The Oarth are a bear-like species. All Oarth are male, but some of them, referred to as ‘barons,’ can conceive. While the regular Oarth still look much like bears, the barons appear almost human. Due to the ‘allure’ that human males, like barons, exude, contact between the Oarth and human males is banned, so when Toar's station receives the distress signal from Rowland's ship, it presents him with a dilemma: Honor the need to respond to a distress call, and risk violating the law banning contact with human men.

“Allure of Oartheca” is classic space opera at its finest. There are alien planets, with aliens, and action spanning several star systems. Of course, there's also a bit of romance along the way, all told with a distinctive and very enjoyable writing style. The first-person story-telling switches between Rowland and Toar.

Rowland is quite the anti-hero. After a stint in the military, he's gone his own way, taking on questionably legal jobs and assembling a crew of similarly minded companions he considers family. Like most literary rogues, Rowland is not as much of a bad boy as he likes to think. He's in the mold of many cinematic space cowboys, but definitely a unique character. Imagine Han Solo getting the hots for Chewbacca.

Toar is also a bit less than heroic once we get to know him, although the past deeds that have him captaining a lowly mining station are more tragic than Rowland's. The author deftly builds the world of the Oarths, a species with pronounced racial differences that seems to have found ways to live together after suffering hundreds of years of slavery. Toar is a very compelling character who, like Rowland, appears to be escaping from his past by the end.

“Allure of Oartheca” is available from Amazon.