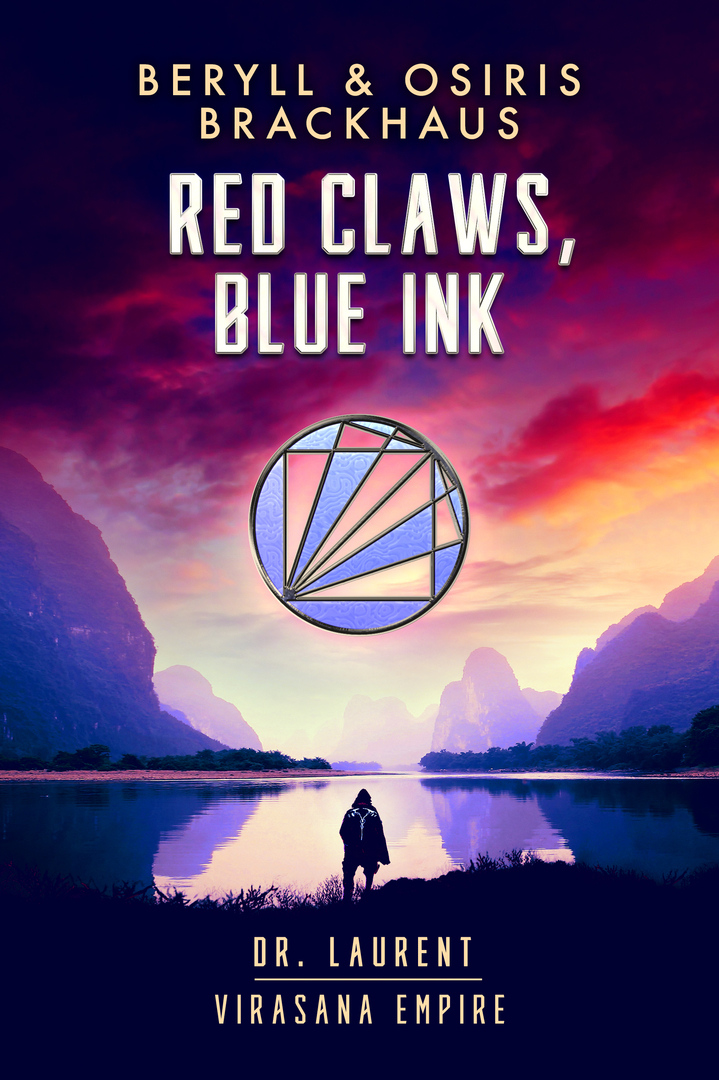 Please note: The authors kindly supplied an advance review copy of this book for review. The book is due to be released on May 27, 2021 and may be purchased from Amazon using the link below.

Newly minted Circle of Thales agent Rene is ready for his first assignment. Even as training missions go, this one seems very tame. He just has to get copies of reports about an old werewolf attack from a small village on the planet Shiraz, then pick up some books the Circle purchased at auction from an island estate on Gui Lin. Naturally, things are never as simple as they seem when the soon-to-be Doctor Laurent is involved, and this time he doesn't have a handsome Beligra fighting monk to protect him.

“Red Claws, Blue Ink” picks up shortly after the end of the first book of the series, The PV-3 Mutagen, and refers to a lot of the events of that story, as well as to Brother Riccardo, so you'll want to have read that book before diving into this one. The authors are creating quite an interesting universe with all the Virasana Empire books, so having read at least some of the other stories will enhance your experience of this one, although you won't be missing much if you haven't.

While set in the same universe as the other Virasana Empire books, and remaining very consistent with them, this series is at least starting out very differently. Where Sir Yaden quickly assembles a family of sorts, and that is very much a theme of those books, Rene is much more of a loner. In true James Bond secret agent style he meets and gets close to people who help him along his path, but he doesn't form any lasting relationships. However, it's not quite as crass as that comparison makes it out to be. Rather, I get the feeling that the people who come into Rene's life during these stories are helping him to discover a little bit more about who he is, and understand a little bit more about the power he yields.

In the first book, Riccardo opened Rene's eyes to the larger universe of what was happening outside of his closed academic circle and awakened his sense of adventure. In the first of this story's two parts, Rene teams up with constable trainee Jack to investigate what appears to be a very minor mystery. Jack sparks the same feelings of desire in Rene that he only belatedly realized he had for Riccardo, but unlike the apparently unattainable warrior monk, Jack is more than willing to introduce Rene to the pleasures of sex, which reveals an aspect of Rene's psionic powers that he hadn't expected.

In the second half of the book, on the planet Gui Lin, Rene encounters another priest called Chang. This one from an order of healers. Rene is at first very wary of the man, afraid that he might see through Rene's mental shields and discover the powers that he has kept secret. But as the two are forced together, Rene begins to trust Chang, who in turn helps relive Rene of some of the pain he has to keep carefully locked away.

It's hard to tell where this series is going, with all it's different characters coming in and out of Rene's life and no apparent over-arching plot. But it's very likely these first two books are really just setting the stage for the main event, which will probably show itself in the next book, due out later this year.