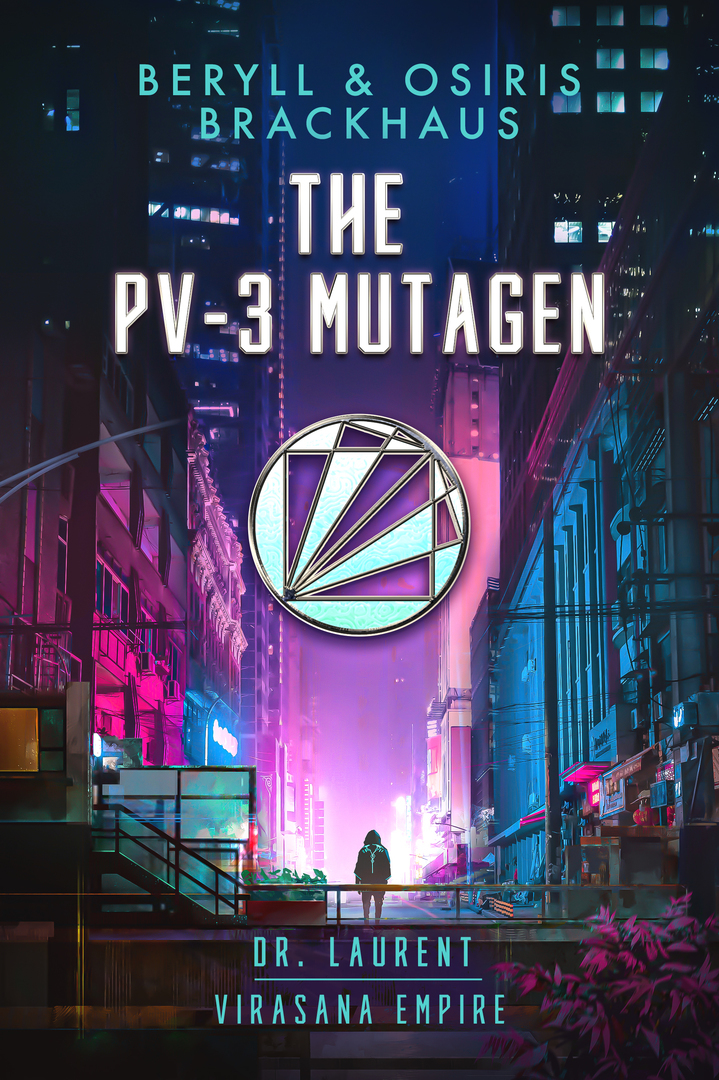 Please note: The authors kindly supplied an advance pre-press copy of this book for review. The book is due to be released on October 15, 2020 and may be purchased from Amazon using the link below.

Like the rest of his family, Rene is a member of the Circle of Thales, a secretive society of intellectuals that lives in vast caverns below the surface of the planet Floor. Unlike his family, and most of the Circle, Rene does not object to making occasional trips to the surface of the planet, which is dominated by commercial enterprises. It’s on one of these trips to retrieve information that he meets Riccardo, an itinerant warrior priest making his way across the empire to “protect the innocent”. Together the two set out on an adventure that changes Rene’s outlook.

“The PV-3 Mutagen” is the start of a new series set in the same far distant future as the Sir Yaden series. If you haven’t read at least the first of the books, you’ll probably be a bit lost reading this story, as it doesn’t spend much time filling the background of the Virasana Empire. However, it’s more a matter of completeness rather than introducing unknown characters that you won’t know. Unlike the other stories set in this universe, there’s no romantic plot to this story. It’s more of a “buddy” tale, with our two heroes having a great adventure together, although Rene definitely does notice Brother Riccardo’s well sculpted body more than once over the course of the book. Another different aspect to this story is that it’s a bit more of a hard science fiction story line than in the other books.

Rene is an interesting character. He’s clearly very intelligent, with an almost encyclopedic memory, yet he’s not aloof and very kind hearted. Apparently unlike most of the Circle, he’s very sociable and eager to make friends. He also seems a bit more savvy about the social workings of Floor than you would expect from someone who spends most of their time shut away from the world. Like Sir Yaden, Rene also has some unique psionic powers, although they not as strong as the Lotus Knight, at least not yet.

We get to know Brother Riccardo entirely through Rene’s eyes. He seems to be a true believer, out to do good, but he’s not entirely without a few human flaws, which makes him a bit more realistic. Riccardo and Rene make for an interesting team, but it’s not clear that the priest will be part of future installments of the series. Hopefully he’ll return to save the day once again.

In all the books about the Virasana Empire the authors have built an impressive future fantasy universe populated mostly by humans, some of whom have psionic powers. However, the books don’t spend a lot of time world-building. The first two of the Sir Yaden stories do have some intermediate chapters that fill in some of the background, but for the most part the books rely on a human culture that is for the most part largely familiar to people today. If you’re the type that needs everything explained and meticulous world-building, then these books probably aren’t for you. They draw you in with engaging characters and action-packed plot lines, leaving quite a lot to the imagination.

“The PV-3 Mutagen” is available from Amazon.