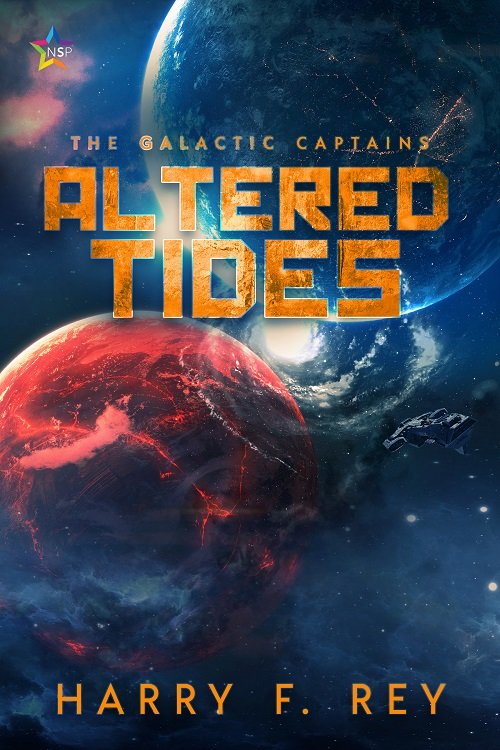 After his STAR drive is accidentally activated, Ales crash lands on an arid planet in another galaxy. The locals heal the wounds he suffered escaping from the attack that made him flee in the experimental ship, but their priests aren't sure if he is a god or a demon, responsible for the two year delay in the coming of the generational torrential rains which replenish the planet's meager water supply. Meanwhile, on the neighboring water-logged planet, a crazy king plans to sail his ships onto the planet that keeps “stealing” their water every 40 years, to kill the god he holds responsible. His son Malar wants no part of his father's insane plan.

When we last saw Ales at the end of the third book, Horizon Points, he was fleeing in an experimental craft equipped with a new type of engine that would allow for inter-galactic travel. That engine was accidentally activated when he escaped, and disappeared. Since most of this volume involves new characters and situations, you could conceivably read this story without having read the first four books of the series. I don't think I would recommend it, but it's possible. Even if you have read the previous books, since it's been more than two years since the last one was published, you may be relieved to know there's an appendix at the end of this book to give you a refresher as to who all the players are.

Assuming you've read the rest of the series, Ales remains much the same character we first got to know in the books so far. We do get the feeling in this latest adventure that he learns more about himself and grows as a person. Much of his reflection is due to his relationship with the brother of the she-king who rules the people of the planet Ales crashes on. Suni appears to be the first man who wasn't out to use Ales.

Like the second book of the series, Forbidden Pursuits, this volume appears to be something of a diversion from the main plot. It's hard to tell where these side stories and additional characters are heading. Will Suni or Malar play any part in future installments? With characters appearing and then disappearing for several books, only to come back into play, it's hard to tell where all this is going.

That said, all of the books of this series feature interesting and well developed characters, involved in engrossing adventures. This volume probably veers more into fantasy territory than previous stories, but not so far as to stretch credulity. I just hope it's not another long wait for the next installment.

“Altered Tides” is available from Amazon.