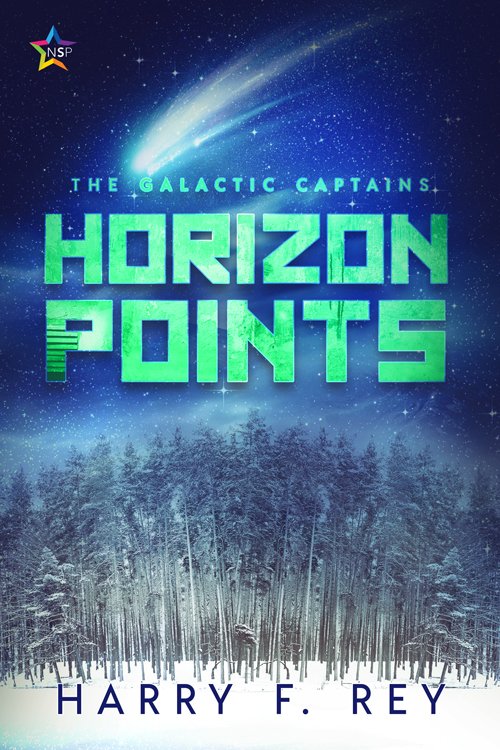 Volume 3 of The Galactic Captains

This third installment of The Galactic Captaisns series returns the focus to Ales, the lone survivor of Teva, smuggler on the Outer Verge, and now a commander in the Union forces seeking to take control of the verge from the Trades Council. Ales is trying to secure the materials the Union needs to build their new STAR drives, as well as quell rebellions against the new regime on Jensen, all while also trying to please Turo, the man who orchestrated the Union takeover and dominates Ales when they’re alone.

Ales is very much the flawed anti-hero type, right out of the Han Solo mold; a lovable rogue whose disdain for authority doesn’t quite extend to putting innocent people in harm’s way. You have to wonder at times why Ales keeps going back to Turo, who treats him so badly, but an early scene in this book reminds us of just what a powerful sexual hold the Admiral has on our hero.

Turo actually plays a relatively minor, although pivotal, role in this book. We see much more of other characters that Ales met in the first book. In fact, if you haven’t started the series yet, I’d be tempted to suggest that you read this third book immediately after the first, before reading the second, for better continuity. The second book introduces only a few details that informs this story.

With this third installment of the series, we begin to see the scope of the over-arching plot line. It’s not at all clear how it will all play out, but the lines of an old fashioned good-versus-evil epic are beginning to become clear.

“Horizon Points” is available from Amazon.