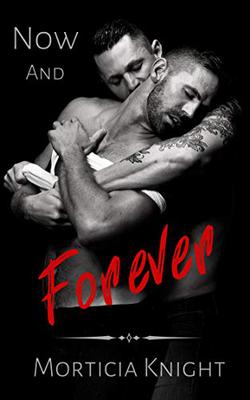 Malcolm and Seth are settling into their life together in a daddy/son dynamic, but there are still hurdles they need to clear. First, there’s meeting Malcolm’s parents, and then there’s the looming trial of Seth’s father along with the other church leaders who imprisoned him as well as many others. Will Malcolm be able to get Seth through the challenges that face them?

By now, in this third and final installment of the Father series, the characters are well established. They remain consistent throughout the books, and even manage to grow a bit through the dramatic turns of the full arc of the story. Seth’s progress through the three books seems natural, as does the occasional step backward.

The story doesn’t exactly follow the plot I was anticipating based on how the previous installment ended. The big dramatic moment you might be expecting turns out not to be the big deal you might have guessed at. The actual turn of events is definitely a surprise and not what was expected, but it did come off as a much better read than I was expecting. Unpredictable almost always makes for a much better read.

Reading Seth’s journey has been difficult at times. While clearly fictional, the young man’s experiences in the hands of his ultra-conservative Christian church is entirely believable. Malcolm generally seems a bit too good to be true. He’s exactly what Seth needs, and has the time and money to give it to him. However, the big dramatic turn of events in this last installment makes Malcolm a little bit more of a normal human being.

“Now and Forever” is available from Amazon.