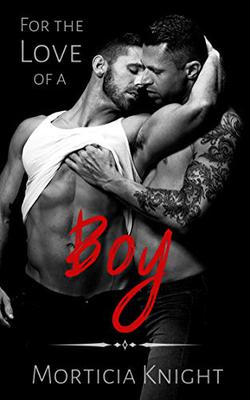 For the Love of a Boy

Malcolm and Seth are settling in to their daddy and son relationship quite happily, for the most part. Seth still struggles with PTSD over the abuse he suffered at his father’s hand, and doubts about whether or not Malcolm can really care for such a “damaged” young man. Despite his progress, trouble looms on the horizon as the police are now investigating Seth’s claims of abuse by the church his father headed.

This sequel to In the Name of the Father, sees the relationship between Malcolm and Seth grows ever stronger. Seth is a complex character who it may be hard to relate to unless you’ve gone through similar traumatic experiences. His feelings throughout the story seem natural, or at least what you imagine someone in a similar situation would feel, and while his progress may be a little faster than might be expected, it still fits the story well. Malcolm is still every bit the protective figure he comes across as in the first book, and his own confidence in what is right for his boy seems to grow in this installment.

The main dramatic driver for this book is Seth’s past coming back to haunt his new life with Malcolm. If you’ve read much by this author, you know she likes kidnappings, attempted or otherwise, so the events that unfold in this story are no real surprise. It all makes for a real page-turner ending to this installment.

Both Malcom and Seth are very believable characters. Their relationship may be a bit unusual, but it definitely seems to work for them, and in particular it seems to be what Seth needs to help him deal with his past. According to the end note, there will be at least one more book in this series. It’s fairly easy to guess the general outline of what the plot of that book will be.