Review - Burning Up by Silvia Violet 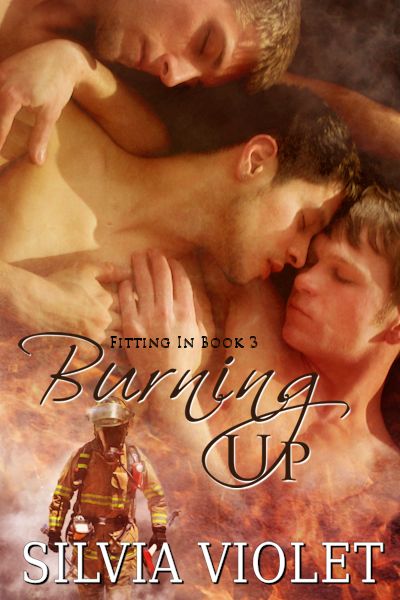 Volume 3 of Fitting In

The third installment of the “Fitting In” series turns the focus on a minor character introduced in the previous book. Bryce is a fireman recently moved to town for a new start. Things are going well, although he finds two men on his shift, Toby and Matt, very attractive. But, they already seem to be a couple, and they’re much younger than Bryce; oh, and he’s their supervisor, so a relationship seems out of the question.

Bryce’s dilema in “Burning Up” is similar to that faced by Mason in the first book in the series, Fitting In. However, while he is justly concerned about coming between Toby and Matt, he has the added ethical conflict of being their boss. He’s already skating on thin ice by not getting one of them to change shifts. Getting involved with them would definitely cross a line that shouldn’t be crossed.

Each of the three main characters comes across as a real individual. Matt, Bryce and Toby have their own quirks and personalities that are quite believable. The situation set up in the book may seem a little far-fetched, but the drama it introduces seems very realistic and unforced.

Mason, Jack and Gray from the first two books make a few appearances in this story, but if you haven’t read volumes one and two, you won’t bee too much in the dark reading this installment of the series independently.

“Burning Up” is available from Amazon.