Review - Beside A Black Tarn by Angel Martinez 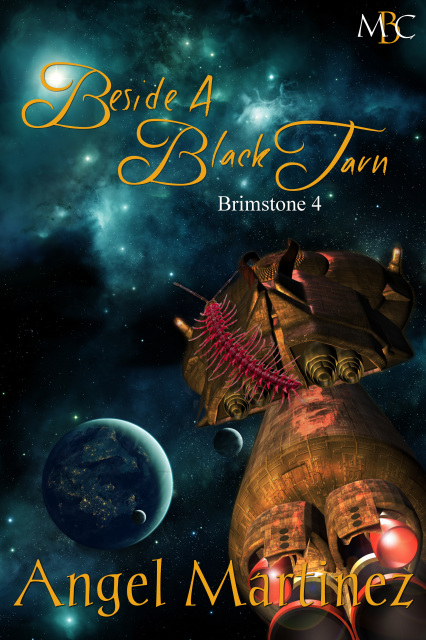 Beside A Black Tarn

The adventures of the demon prince of thieves Shax, his fallen angel lover Ness and their ragtag crew continues in the latest installment of the Brimstone series. Things get off to a rocky start when Shax bumps into an old flame, who also happens to be a spy. Soon after, he hears about a fantastical, yet apparently abandoned, experimental house that seems to have the ability to make dreams come true, or at least appear to. Naturally, Shax wants to steal it. And, naturally, things go wrong.

Like the previous novellas of this series, “Beside A Black Tarn” is a quirky mix of science fiction, fantasy and humor. It practically demands not to be taken too seriously. The characters are, for the most part, very far from real, but still quite engaging. This installment of the series focuses a lot more on the extra crew members picked up in the third book (“Shax’s War”): the imp Heckle, half-breed Mac and the purple hedgehog Leopold. The spotlight is strong on Heckle, with much of the story told from his point of view. The former slave has to adjust to freedom and the responsibilities that go with it, as well as the entirely new idea that he isn’t simply a sex toy to be used for someone else’s pleasure.

You will definitely want to have read the previous books in the series before tackling this one, and although the story of this volume concludes satisfactorily, it clearly sets up some further adventures for Shax and his crew.

“Beside A Black Tarn” is available from Smashwords and Amazon