Review - The General's Hostage by A. C. Fox 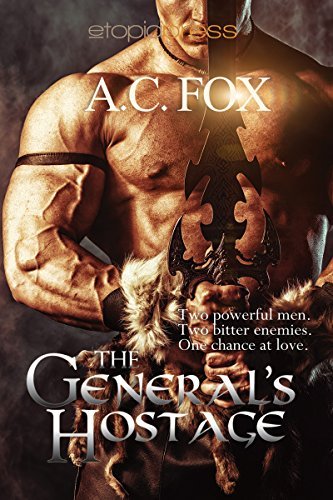 Volume 1 of The Warriors of Love & Magic

The Boa Visk are a race of reptilian warriors who have conquered and enslaved much of the human population of the continent. General Tav is one of the men leading the fight to free the human race. His current target is a walled city where the Boa Visk installed seneschal has refused to surrender. Seneschal Duric doesn't want to fight, but he knows that if he attempts to surrender the city, his Boa Visk minders will simply kill him and install someone else. Someone who may not protect his people as fiercely as Duric does, or tries to. When the two enemies meet, things don't go the way either of them expects.

Enemies-to-lovers plots are always a bit tricky. It's a challenge to get the timing right. If the two get together too fast, it doesn't feel realistic. Expect a slow burn with this story as the two men get to know each other. The change in attitude in both of them seems quite natural.

Tav cuts quite a heroic figure as the general leading an army against the evil Boa Visk. However, he is a man haunted by his past and the lover he has already lost to the war. It's a big part of what drives him and makes him an all the more sympathetic character.

We feel sorry for Duric almost from the moment we meet him. He's a man that knows he is living on borrowed time, but he does his best to insulate his people from the worst excesses of the Boa Visk. He doesn't expect the citizens of the city or the human attackers to understand that, so one way or another, Duric is sure he will die soon. It makes him a very compelling character that you hope will find his way out from under all his guilt.

The story builds a convincing fantasy world of magical powers and believable bad guys. This is the start of a series set in the same world but spotlighting different characters.

“The General’s Hostage” is available from Amazon.