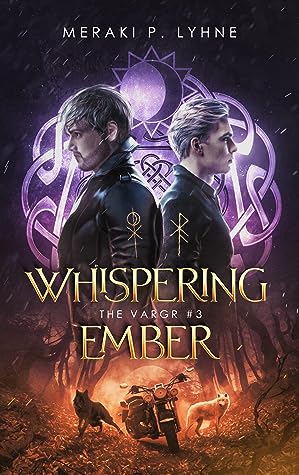 Volume 3 of The Vargr

Kindly note: This series is very much meant to be read in order. If you haven't yet read the first books of this series, this review may contain spoilers about how they turn out.

Things start to get complicated for Matt and his pack in the aftermath of trial by combat between Steffen and the pack alpha of another pack with different beliefs. It turns out to be quite an eye opening experience for both packs as they get to know each other, and it becomes increasingly clear that dark forces are at work trying to drive a wedge between packs in Denmark. As if that isn't enough to deal with, Matt also meets someone whose fate seems intertwined with his.

The action really heats up in this third book of The Vargr series, and you'll do well to heed the content warnings about violence. Matt remains at the center of everything. There are a few new characters introduced, including the young man now known as “Hati”, one of a pair of legendary heroes of the Vargr packs. It's not much of a spoiler to disclose that the belief that Matt is Hati's counterpart Sköll gets even stronger in this installment. I can't help thinking that there's a plot twist coming in this story, with so much pointing in a specific direction that something unexpected may actually happen instead.

The ensemble of characters around Matt continues to grow, with the addition of Hati, his best friend Finn, and members of the Geri Freki pack Matt's pack has to take in. There's definitely a sub-text here about unconscious bias. You can take it as a allegory about race relations, or religious divisions, or a few other modern ills.

This series is turning out very differently from The Cubi series, although set in the same contemporary alternate reality. The Cubi do appear in this installment, which overlaps in time with the other series, but it's still unclear what role, if any, the other ancient race will play in the issues facing the Vargr.

“Whispering Ember” is available from Amazon.