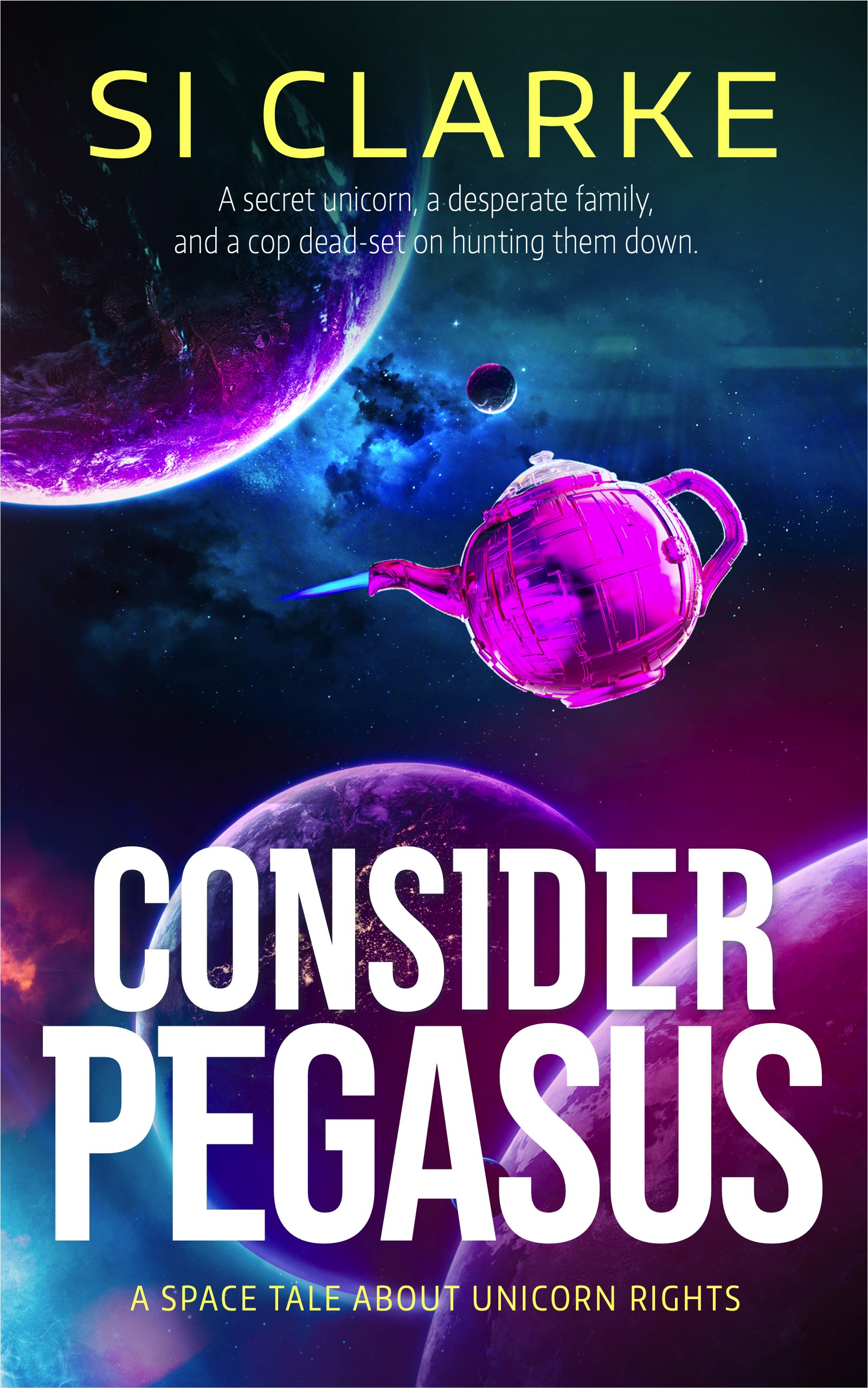 Time to catch up on the latest adventures of Lem, her dog Spock, and the rest of the crew of the starship Teapot. This time it's Lem's best friend, Bexley, who needs help, well, more help than usual. One of Bexley's parents is pregnant, but they've discovered that the unborn child exhibits a common birth ‘defect’ among Bexley's species: It will have wings. The law of Bexley's home world requires the wings to be removed at birth, but her parents are dead set against what they see as an unnecessary ‘mutilation.’ The crew agrees to help the three parents escape, but it plunges them all into a fight with a planetary government that wants to enforce conformity at all costs.

As in the previous book, Judgement Dave, this installment is instilled with a heavy dose of satire as it looks at the politics of enforced conformity. There's still a healthy dose of humor, too, including one of the funniest conversations I've read in many years. I won't spoil it but look for a conversation between Lem and Bexley's parents about halfway through.

We get to know Lem a little better through her literal and figurative trials in this book. We've gotten enough hints from the previous books to guess she is trans and still has strong feelings of dysphoria. Most of what we've already guessed is confirmed as Lem is forced to confront many of the same attitudes that made her life difficult on Earth. It's, at times, heart-wrenching.

As I mentioned, parts of this book are highly amusing. Other parts deftly satirize current politics, especially concerning gender identity. That said, I felt this story was a little uneven. The early chapters, in particular, try a little too hard to show how ‘woke’ the crew is. Once things get going, the prose does an excellent job of demonstrating why that's necessary, and that's what makes the first few chapters feel a little clumsy.

“Consider Pegasus” is available from Amazon.