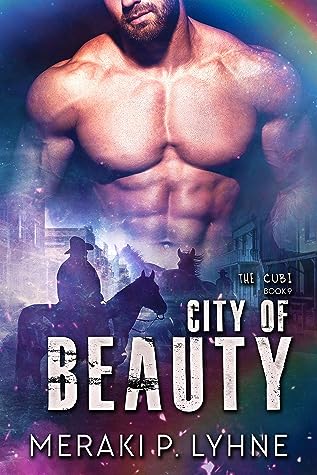 Volume 9 of The Cubi

Note: This review contains some spoilers about the events of the previous books in the series. Continue reading at your own risk.

Things are finally starting to come together for the new young king Daniel and his people. He still sometimes feels overwhelmed by the responsibilities he faces, but he has the support of his two lovers and the leaders of the other cubi kingdoms to help guide him. But facing a new world where the cubi might be able to come out of hiding is not without it's challenges. There's the very big problem of fundamentalism in the U.S. portion of their territory, and to live side-by-side with humans will require that the cubi change their attitudes towards them as well, casting aside centuries of treated their human “feeders” as slaves.

This ninth and final installment of the Cubi series doesn't so much wrap things up as it just leaves us with a feeling of hope and stability for the new king and his people. The ideas and changes that Daniel has inspired over the course of the last several installments are finally coming to fruition and showing results. And, his growing confidence is inspiring those around him.

Much of this book is told from Seldon's point of view. Although initially a really tough guy who seemed destined to be Daniel's nemesis rather than his lover, Seldon is probably the character that has changed the most. He goes from a real hard-ass, especially with the humans the cubi feed off, to totally embracing the idea that the humans need to be wooed rather than used.

This series has remained surprisingly readable, which is quite an achievement considering it has now run to nine books in all. A lot of series that have to be read in order, like this one, tend to run stale after four or five volumes. You just want them to get it over with instead of dragging things out. I think it helped that there wasn't a specific end goal to the series. The over-arching theme was one of Daniel coming into his own and helping his people find a new place in the world. The books also spent quite a bit of time just building a broader picture of the cubi culture. The fifth volume of the series is almost entirely devoted to the last cubi king's rise a thousand years ago.

It's the combination of detailed world-building along with an almost day-by-day account of the rise of a new king that has made the series so readable. That, and the very relatable characters have made this a very enjoyable fantasy read.

“City of Beauty” is available from Amazon.