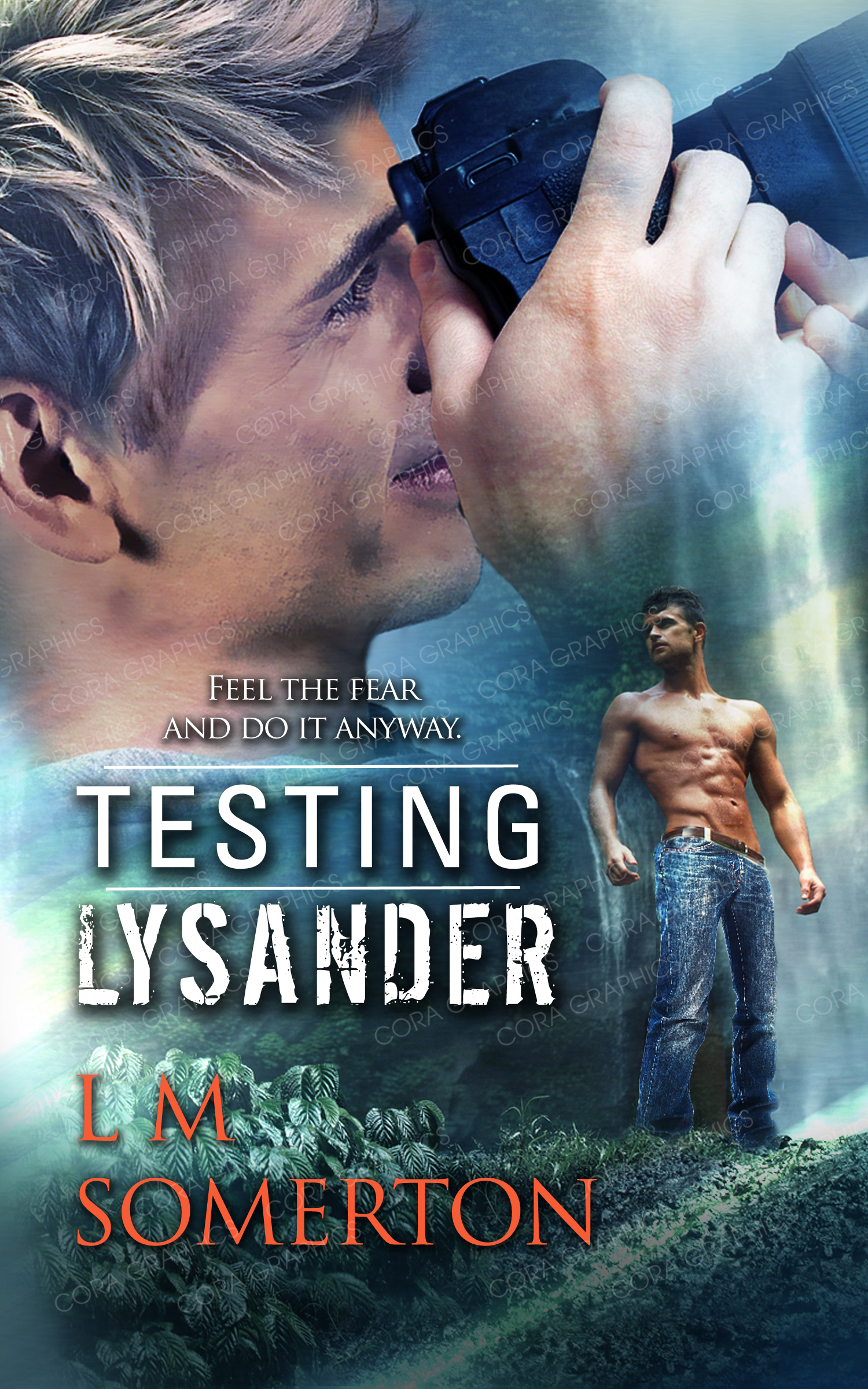 Lysander Brock, known to everyone as just Brock, is an accomplished nature photographer known for getting impossible shots, often with little regard for his own safety. Brock is just getting ready for his next assignment to the Columbian rain forest when the home where he’s staying is invaded by Kyle, a government agent who at first coerces but then seduces Brock into using his talents to help get information about a criminal operation in the Columbian jungles where Brock plans to go.

“Testing Lysander” is quite an action-packed spy/romance. The initial set-up seems a little far-fetched, but then you could say that about most James Bond films too. Fortunately, once you get past the improbable recruitment of Brock, the story sweeps you along with it’s mix of sex and adventure, and adventurous sex. There’s a bit of a kinky D/s angle to the relationship that develops between the two protagonists, but it’s more of a sub-plot than the main theme.

Brock is a pretty believable character. He seems to be the archetype adrenalin junkie, but still comes across as a real person. His acceptance, albeit haltingly, of a submissive role with Kyle may seem contradictory, but it all made perfect sense to me. Kyle, on the other hand, is more of a mystery, and that’s no doubt intentional. A secret agent is hardly going to open up and tell a near stranger all about his past and his family.

The story ends in such a way that certainly leaves open the possibility of further adventures of the two men, and that’s something I would look forward to. Kyle and Brock are definitely two very interesting characters. They have a dynamic similar to the lead couple of the Power Exchange series, but they’re definitely very different people.

“Testing Lysander” is available from Amazon.