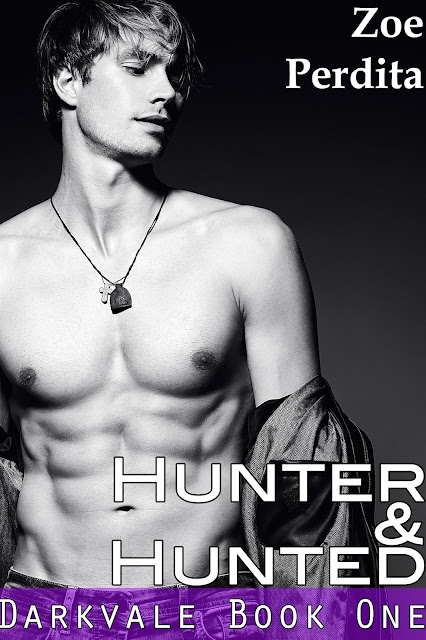 Spence has been living on the streets for six months. He’s not exactly homeless, Spence walked away from his privileged life with rich parents who haven’t even realized he is gone. He is surviving, barely, when he has an encounter with a sexual predator who like to prey on homeless gay boys who have no legal recourse.

Although Spence probably doesn’t really need rescuing, Hunter intercedes with the predator, who he has been trying to corner. The two form what seems at first like an unlikely friendship, which turns into love. Although just a few years older than Spence, Hunter has been on the streets a lot longer. In a city where the poor and homeless are constantly victimized, the pair become vigilantes, aided in part by Spence’s secret powers.

“Hunter & Hunted” seems targeted at the current trend of superheroes with dark side. On the surface, the plot has a lot going for it: two very young men from different sides of the tracks, both with secrets and pasts they’d like to keep hidden, who become lovers and champions of the underdogs. Unfortunately, the writing fails to live up to the promise. The characters never quite gel, individually or as a couple, and nothing really gets resolved by the end of the book.

Since this is the first of a series of books about Darkvale, presumably centering on Spence and Hunter, it’s understandable that the author might want to keep some mysteries about the pair, and the villains they face, but “Hunter & Hunted” gives us too little to make you want to read the next installment. Spence and Hunter are not fleshed out enough for us to really care what happens to them, and the narrative lacks any drama. It doesn’t even end on a cliffhanger, all of which gives you no reason to really read any further.

“Hunter & Hunted” is available from Amazon.