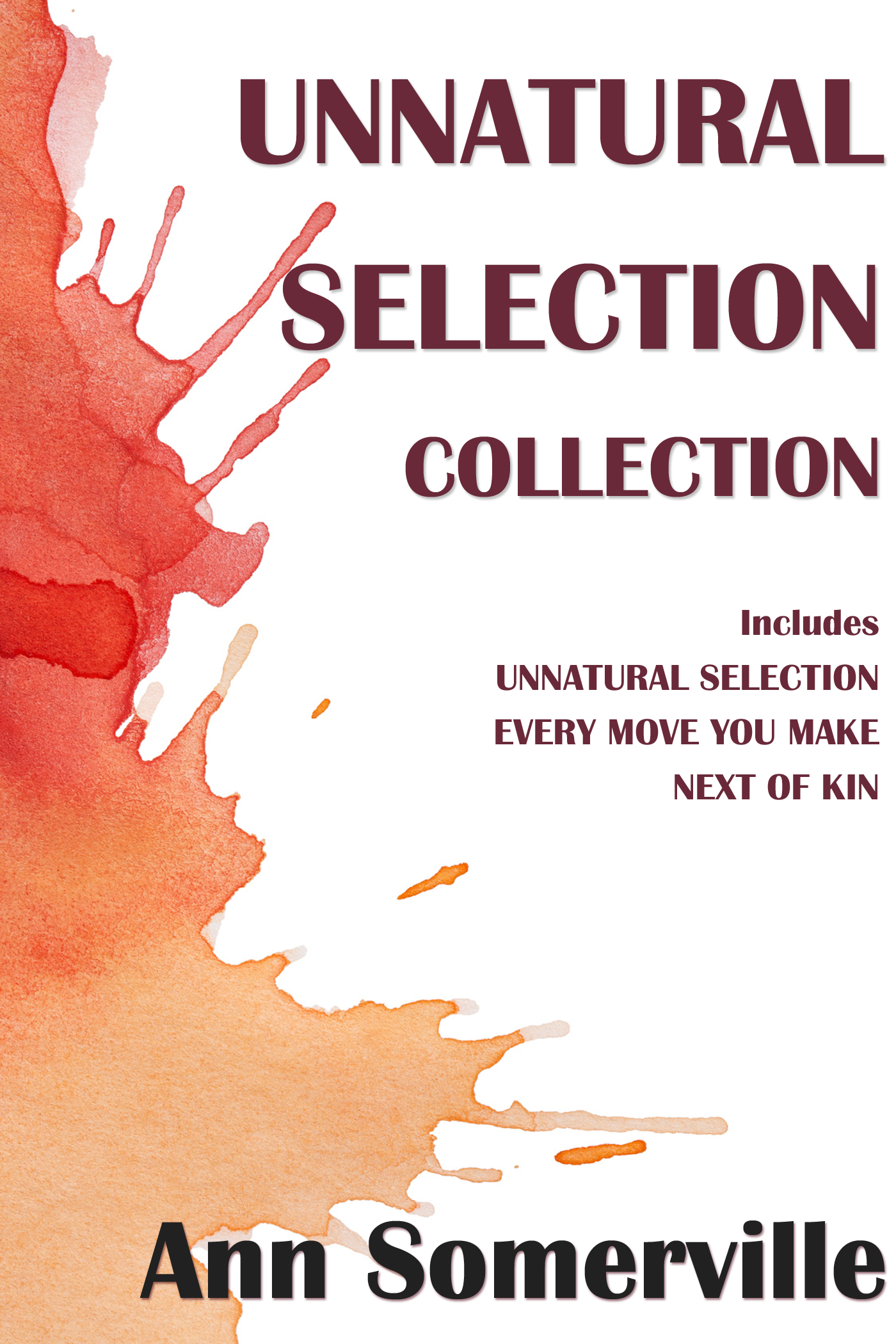 “Unnatural Selection Collection” is an omnibus edition collecting three novellas featuring DC Nick Guthrie, his fellow detectives and his friends, especially Dr Anton Marber. I should warn you that there’s an inevitable bit of ‘spoilers’ in recounting all three books in one go like this. I’ve been careful not to reveal the mysteries of each book, but it’s impossible, I think, to discuss what happens in each book without telling you what the state of the relationship between the two main characters is.

Nick Guthrie is a detective with the London Metropolitan Police, and gay, and a vampire. Well, he’s not really a vampire, but that’s the way many people see him. A few years before the start of “Unnatural Selection” Nick was dying from a cancerous brain tumor. Conventional treatments had been exhausted and so the doctors offered him a new experimental procedure. It seems that a virus called ISH had been discovered, which had an effect that was just the opposite of HIV. Where HIV destroyed the immune system, ISH super-charged it, enabling the body to fight off almost any disease, including cancer and HIV. There was just one potential “side effect” - the virus converted the body’s metabolism so that the only nourishment it can get is from drinking human blood, which is synthesized for those that have undergone the treatment.

So, much of the world sees Nick and the people like him as vampires, although he can’t turn himself into a wolf or a bat and doesn’t have superhuman strength. He does have a problem with the sun, but that’s because he’s a ginger (red-head). Just as with HIV, there’s a lot of hate and suspicion directed at ISH-positive people, or vees as they’re more commonly referred to. Nick’s condition, and his job, and a few failed relationships, have made him into something of a loner.

As the first book of the series, “Unnatural Selection”, opens, Nick is walking home one evening after a drink at his local pub when he spots a man being attacked by two other men. He chases off the attackers and calls an ambulance. The man turns out to be Dr Anton Marber, a scientist and documentary film-maker. Anton is badly beaten in the attack, but when he recovers he strikes up an uneasy relationship with Nick.

But Nick is dealing with a disturbing series of murders. It seems someone is killing gay vees who frequent London’s outdoor cruising areas. The killings have a religious aspect to them which suggests a hate crime, but as the bodies pile up there are few leads to go on. Aside from their status as gay vees and men who liked casual sex in parks, nothing seems to connect the victims. What’s worse, one of the few tenuous suspects they have is an old friend of Nick’s, grieving over the loss of his wife, who was one of the few people ISH treatments didn’t work on. The ultimate identity of the killer comes only after Nick himself almost becomes a victim.

“Unnatural Selection” is told in the first person by Nick himself. It’s clear he’s made some hard, and unpopular, choices in his life, that make him doubt if he will ever find someone to accept him for who he is, policeman, vee, and all. But he’s not one to cry over having a hard life. The mystery of the serial murders is engrossing, and the revelation of the real culprit near the end is truly a surprise.

The second book of the trilogy, “Every Move You Make”, picks up about a year after the first one. Nick and Anton have a relationship of sorts. Nick still keeps his own place with his old friend Charlotte, but he spends all the time his job will allow with Anton, who doesn’t press him for more. Their families and friends know about the relationship, but then it goes public in a big way when Anton presses Nick to attend an awards show with him.

After the awards, Nick has a close call with an underground train. It might have been an accident, but then shortly thereafter he gets sick, and it turns out to be poison. It soon becomes clear that Anton has a crazed fan, a stalker, who wants Nick out of Anton’s life. The couple and their friends are harassed to the point where each begins to consider if the other would be better off without him.

Despite the tension created by the stalker, “Every Move You Make” is largely a sweet, even mushy story about two men realizing how much they mean to each other. Like the first book, this story is told in the first person by Nick. Although Nick’s status as a ‘vee’ plays a small role in this mystery, it’s much less about that and more about the relationship between he and Anton.

Nearly three years have passed before the start of the last book, “Next of Kin”, and Nick and Anton are about to celebrate their third wedding anniversary. Only, Nick doesn’t return home from work one day, and the police conclude he’s run off with another man. Anton isn’t buying that, and sets off to find out what really happened to his husband. The search takes him to Brazil, but it soon becomes clear that the answers to Nick’s whereabouts are closer to home.

Unlike the first two books, which were told by Nick, this last volume is all about Anton, told in the first person by him, as he marshals his friends and family to help in the search for Nick. The real reasons behind Nick’s disappearance are very sinister, but I for one figured them out long before Anton did. Still, guessing what happened doesn’t spoil the story of following Anton as he attempts to find and rescue his husband.

All three novellas in this series are quite good. They lack the depth and drama I’ve come to expect from this author, which is why I’ve only given the collection three stars, but they’re quite good reads. I didn’t get as emotionally involved in the characters as I might have hoped, but the books are still entertaining. Like any speculative or science fiction, you have to suspend belief just a little, but the idea of a virus like ISH is really no more fanciful than faster-than-light travel, when you get right down to it.

“Unnatural Selection Collection” may be purchased from Smashwords or Amazon