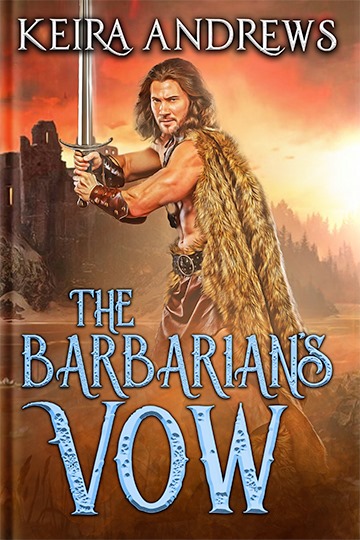 Jem returns with Cador and a few other members of his clan to the mainland of Onan, determined to set things right for the suffering children of Ergh, but equally determined not to risk ever losing his heart again by trusting Cador. But when they arrive, things aren't quite what Jem expected. It leaves the young man wondering who he can trust.

This second part of the Barbarian Duet picks up right where the first book left off, so of course you need to have read the first book before tackling this one. In this conclusion of the story, there's once again little reason to doubt how things will end up, but it's a very good read seeing how they get there.

The characters remain true to the picture we got of them from the first book. There's a bit of a coming-of-age aspect to Jem's story, as he gets his eyes opened to how the world around him really works. It's a rather rude awakening to the responsibilities of adult-hood. In many ways, Jem is a much more believable character by the end.

Despite the predictable outcome and rather cliché characters, this two-part story has been a good read. There are lots of dramatic surprises and some good story-telling that makes this a compelling story.

“The Barbarian's Vow” is available from Amazon.